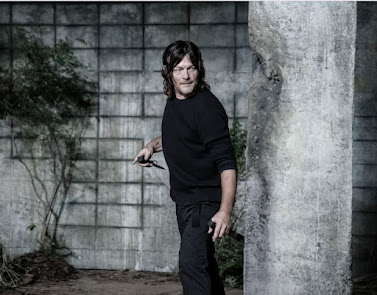 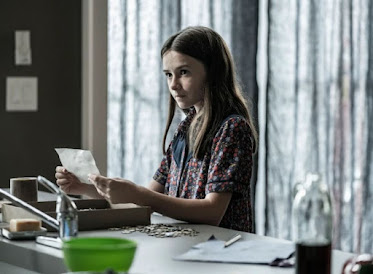 Where do I start?  Just watched the first two episodes together, and already 11C is shaping up to be everything I would have wanted.  Love, love, love Judith's opening speeches with all those scenes from years gone by.  What a great idea - I know every addict like me has seen the old episodes over and over, but it's so evocative to see them in this context, and a reminder that the children know nothing of the old world.

I watched the extended opening sequence with the extra images three times, and the totally excellent car chase ~ great to see that the Commonwealth soldiers are all such bad shots, in true baddie-vs-goodie gunfight tradition! 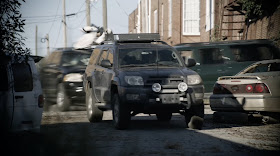 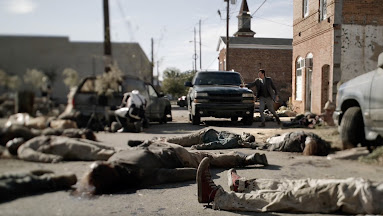 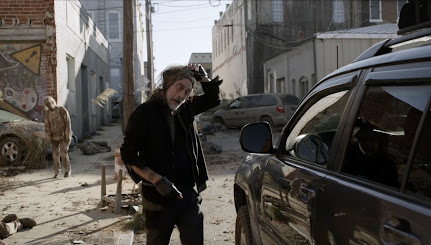 I was so busy admiring every perfect detail of the set, the intricate depiction of twelve years of deterioration, that I almost missed Negan sneaking up behind one of the CW soldiers in his Whisperers mask.

Clever of Daryl to remember that the Commonwealth big shots had never seen Negan, so he was the one to go in.  That tentatively worded conversation between Negan and Mercer - great scene.  Aside from the fact that they were both sussing each other out to see where their loyalites lie/who they're close to, it's always fun to see two alpha males meet up for the first time ~ a certain metaphorical puffing out of chests every time. 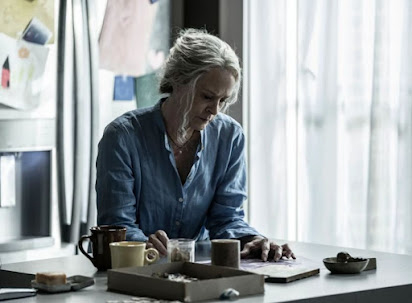 'Goddamn Magician'
Of course Negan sought out Carol as soon as he made his way into the CW ~ as a team, they're right up there with Rick and Michonne, though so different; as many have pointed out on Twitter, a spin-off featuring the two of them would be... I don't know, probably end up with them ruling the entire world, or something! 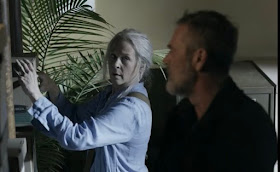 And of course Carol was mentally several steps ahead, as she always is, and had already worked out a plan, knowing that it was the best thing to do even if others wouldn't think so, and just getting it done.  She may seem crazy-right at times, but she's always right. 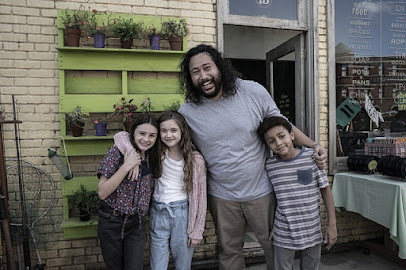 Nice little thriller trope there, when Jerry was ushering the children into hiding during the mayhem ~ the people with placards proved an obstacle to stop Shira (formerly Fake Stephanie) and Calhoun from tracking them down.  What's an on-foot escape from evil pursuers without a good protest march to make sure the goodies get away?!

Meanwhile back in the wasteland, I kind of liked seeing Maggie, Daryl, Gabriel and Aaron 'out there' again, creeping about to foil their enemies. 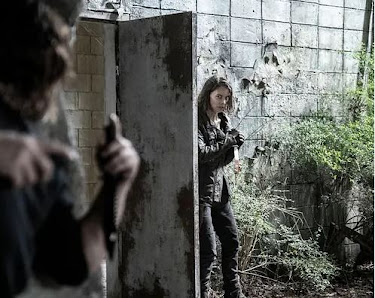 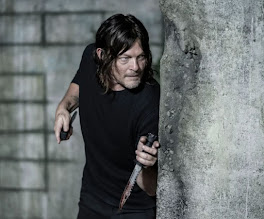 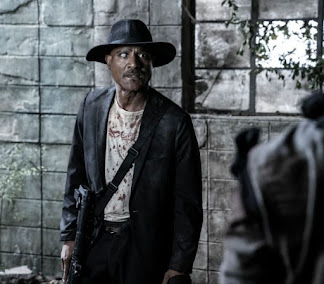 'Glenn would have wanted me to look after you.  You don't ever have to say you're sorry.  Not to me'. 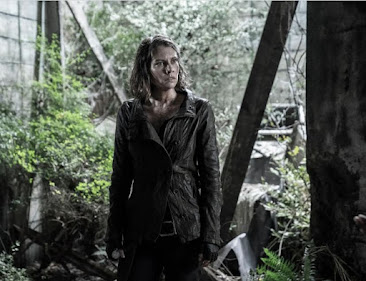 I was amused by how terrified the Commonwealth citizens were when they heard the news that a herd was on its way.  Not like our intrepid gang, who go out to meet them head on... 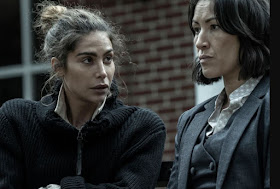 ...and I was also amused by Magna saying to Yumiko that if they go (i.e., leave the CW), they all go.  Couldn't help wondering if that includes Luke, who has disappeared without trace, as if he never existed; he has not been so much as mentioned by any of his friends since Season 10.  Is he supposed to be at Oceanside with Jules?

I would have liked to see a little more about how Alexandria, Hilltop and Oceanside fared under the control of 'Shithead and the dickless brigade' ~ the end of Episode 16 was so ominous, with those Commonwealth banners rolling down, but hey.  Maybe we didn't need to see it; maybe there was nothing to see, just the clam-shell assholes walking round the place with guns.

Plenty of Walker action in this one, too! 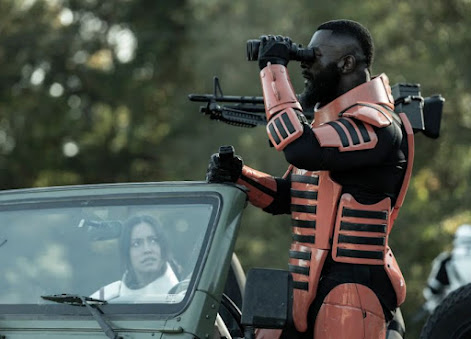 Until next week...if you haven't already seen Episode 18 on AMC +, here is the trailer: