Pauses For Thought: Ten Pieces of Advice for New Writers/Self-Publishers


Based on my nine years as a self-published writer and reader of 'indie' books, and my membership of Rosie Amber's Book Review Team. 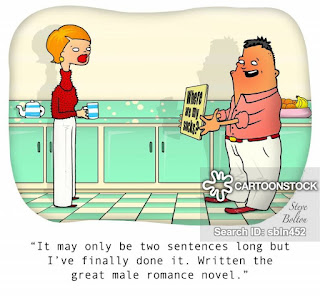 1.  Should your first attempt be your debut?

This is a difficult one to assess.  Your novel is nearly finished, you're justifiably proud of yourself, and can't wait to get it up on Amazon, describe yourself as a published author, and see those sales start to roll in.  If this is your very first attempt at writing, though, it might be worth considering these scenarios:
I'm sure you might diplomatically suggest to Joe, Lucy and Ray that they hang back and get a bit of experience before taking such ambitious steps.  Develop and polish their skills.  Yet every day new writers publish their first literary attempts on Amazon, without seeking out professional assessment of their work, employing an editor, or doing any sort of 'apprenticeship' in the form of short stories, or penning other novels or novellas in order to learn the craft of writing.  After initial sales and reviews from family and friends, most disappear without trace.

Now and again a virgin writer will put fingers to keys and produce a masterpiece, but this is rare.  Of course the nature of self-publishing is that you can publish what you want, when you want, but in a year's time you might wish you had not been in such a hurry.  Wait.  Practice.  Get feedback.  Amazon will still be there in a year's time. 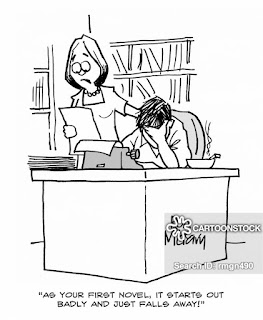 2.  Quality not Quantity
Recently, I have talked to two new-ish writers who say they love writing flash fiction, articles, novellas, short stories, but suspect they do not have the 'stamina' to write a novel.  One is extraordinarily talented and writes fabulous shorter fiction and pieces based on his own life (Phil Motel, HERE). I've known some who've made a great job of writing various scenes from the novel they're convinced they'll write one day, but never get round to linking them together.  Writing a novel is hard.  You need a LOT of material, and a great deal of self-motivation.  It doesn't suit all personality types.  You may find that short stories and novelettes are more your style, or that you'll feel in the frame of mind to apply yourself to a full-length novel at some other point in your life.

There is room for everyone - the 150K word epic fantasy scribe, and the writer of novelettes and long short stories that can be read in an afternoon - especially these days, with ever-shortening attention spans!  Don't feel that you are not a 'proper' writer, or that your work is not valid unless you can produce 90K words of it.  You are, and it is.

3.  Ten years or three months?
Recently on Twitter I had a bit of a wrangle with someone who claimed that he has spent ten years writing his novel, because he is a true artiste and respects the craft, and carefully considers every word.  His words implied that those who publish several titles a year do not.

I publish two a year.  All are between 90 and 110K, drafted over and over, properly edited and proofread.  Some people write four a year, others one.  You can only write at your own pace.  I would love to write three a year, but I can't, not without the quality deteriorating.  However, ten years is rather a long time.  If you want to achieve any sort of readership in the current publishing climate, I would say that you would need to get used to producing one every year or eighteen months, at least.

4.  All image and no substance.

When the Kindle self-pub thing first began, lots of writers made their own covers, which ranged from as good as the professionals to the truly dire.  Then came the blog posts and articles: yes, people really do judge a book by its cover.  As the self-publishing phenomenon exploded, competition became fierce, and writers had to up their presentation game.  Soon, every indie book sported amazing fantasy creations, artistic images of women walking down shadowed roads, cutesy cottages with title in appropriately jaunty font, etc., just like the traditionally published.

Over the last few years, though, I've come across many indie books with gorgeous, clearly professional and probably expensive covers, only to look inside and find content that doesn't do them justice.  Flat or lazy writing, bad pacing, wooden dialogue, one-dimensional characters; you name it.

A while back, on Amazon, I saw a book with a terrific cover (which was what made me click on it) and lots of bad reviews complaining about all the errors within.  One reader commented that she felt angry about it, as if she'd been conned into wasting her money.  The author commented back that he was sorry, but after spending out on the cover he didn't have any money left for proofreading, and talked about his dream of being a published author.

Sadly, the reading public don't care about your dreams, if you're not willing to save up your pennies to present them well. Of course a great cover will help you sell books, but it's what's inside that brings the good reviews—and future sales.

It's easy to sell one book.  But unless the content is compelling, presented well with a great structure and plot, and characters that come alive, the reader who bought it won't buy another.

Your book may have taken you one and a half years to write.  You may have spent hundreds on editing, proofreading, cover art, and be looking to make some of that money back.  Your friends tell you not to undersell yourself; you, too, might feel that your precious baby is worth more than £2.99.  But if you over-price it, potential readers will move on.  You need to study the market.  See what other books of your genre and length are selling for.  No, not those by GRR Martin or Kate Atkinson, but other unknowns.  Then price it accordingly.  The time to go a bit higher is when you've developed a readership.  Except that by then you might not need to; it is better to sell 30 books at £1.99 than 3 at £4.99.


Note, Aug 30th:  during an Amazon browse just now, I came across a book that interested me.  7 short stories, 171 pages.  It was priced at £3.99.  Yes, I know, it's only 4 quid, but it still made me think, nah.  Given that many full-length novels (including my own) are between .99 and £2.99.  Had the author priced it realistically (I'd say no more than £1.99, preferably £1.50 or .99p), I'd have bought it.  He might have got a lovely review on my blog, Amazon and Goodreads.  I might have bought more books by him.  Other people may have read my review and bought it on my recommendation.  THIS is how you build a readership.  Not by pricing out of the market. 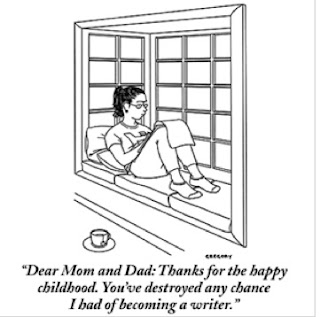 7.  I've said it many times but it can never be said too often.
If someone who claims to be a publisher or agent asks you for money, run a mile.  These are scammers, or vanity publishers.  Agents get paid with royalties from your books.  Publishers pay YOU money, ditto.  If you choose to go with a pay-to-publish outfit, like Troubadour, that's your choice, but don't be misled into thinking it's a real publishing deal.


8. Same heading as #7
If you want to write for a living, or part of it, it's a good idea to learn how to punctuate properly.  However, I know lots of successful authors whose punctuation is less than perfect; they leave it to their proofreader to sort out.  Fair enough.  The problem comes when the proofreader doesn't know how to do it, either; sadly, many of the inept advertise their services most convincingly.  Approximately half the 'indie' books I've tried (some published by small publishers) sport incorrect use of semicolons, comma splices, have missing vocative commas, etc.  You should never publish without a professional proofread, but you need to make sure that the proofreader knows what he or she is doing.  Do not believe website blurb.  Get recommendations.

The other day someone showed me a tweet in which a 'copy editor' (according to his Twitter bio) described a certain number of people as being 'adverse' to a particular practice.  I saw the same error in the blurb of a book published by a well-known vanity press.  If you don't know what's wrong with that, and even if you do, it is essential that you take recommendations from experienced authors before hiring a proofreader.  If you don't know any, ask me. 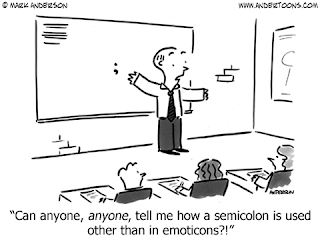 9.  Language, Timothy.
On Twitter, I see a few discussions about whether or not one's characters should use bad language.  Here is my take on it: if a character would say fuck, have him say it.  But perhaps let him do so less often than he might in real life, simply because it becomes tedious to read if he's saying it every other sentence.  Some of my characters swear quite a lot, some not at all, but even with the ones who do, I edit some out.

n.b. if any readers are offended by the language used, they are not your target market. Don't think you have to change your writing style because one review complains about it.  There are plenty who won't mind.

10.  And finally...
If you want to write, you will.  If you haven't written for three months, it's because you're busy doing other things necessary for your health and wealth, because there is too much other stuff going on in your head right now, or because you don't actually want to do it all that much.  It is not 'writer's block'.  Think about it.  If you keep meaning to paint the bathroom but haven't got round to it yet, it's because you're giving priority to other areas of your life.  The same goes for writing.  It's your priority, or it's not.

Today, I wrote about 900 words.  Every one of them screamed and resisted as it came out, and the section I've written is, not to put too fine a point on it, a bit crap.  But I want to get this novel written; I was determined to push it on to the next stage, so I made myself keep at it.  Yesterday was a great day: 3K and I was pleased with most of what I wrote.  I'm hoping tomorrow will be better than today; either way, I shall be at the laptop all afternoon.

Once you start writing, the ideas will come.  They're unlikely to do so while you're spending the afternoon on social media complaining about your 'writer's block' or lack of motivation.

If you don't want to write, it's perfectly fine.  You don't have to.  It might be harder to admit that you don't actually want to do it as much as you think you do.  If you'd rather watch TV or read or muck about with tagging games on Twitter or play Assassin's Creed, it's your choice.  But don't pretend to yourself that your unwillingness to sit down, open the document and get on with it is some dramatic 'syndrome' peculiar to creative people, please!