I was tagged in this fun blogger tagging thing by the delightful Shelley Wilson ~ you can read her post HERE.

Now, some random facts about me, answering the same questions as Shelley, and I'll tag four more bloggers at the end, so they can do a post with their answers, too :)


Who are you named after?
My mother's aunt, Alice Theresa.  I've always hated the name Theresa, and became Terry when I was 12, though my father always uses my full name. 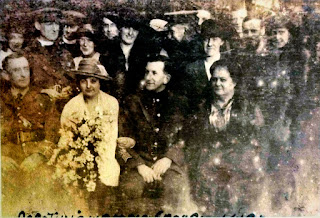 The lady with the black hat, white blouse and rather grim face standing behind
the lady in the front row with the round face, is my great aunt Alice Theresa,
after whom I was named.  The wedding couple are my
maternal grandparents, getting married in 1919.

Do you like your handwriting?
Yes, but only for the first few words.  After that, it's like a mad, drunk spider walking across the page.  It's because I type all the time; I've lost the knack of writing legibly.

What’s your favorite lunch meat?
Lunch meat?  The hell is that?  As this was started by US bloggers, I'm assuming it's one of those things Americans say that we don't!  I sometimes have tuna on toast for lunch.  Or occasionally a ham sandwich.  Or some form of pasta and vegetables.  Is the ham in the sandwich 'lunch meat?'  Or just meat?  Hmm!

Longest relationship
The current one, and will stay that way!

Do you still have your tonsils?
Yes.

Would you bungee jump?
Yes, I'd love to.  It would scare me senseless and I am sure I would change my mind a hundred times, but I like to think that I'd be brave enough to do it.

Do you untie your shoes when you take them off?
I don't wear any shoes with laces.

Favorite ice-cream?
As much as possible.  The best I've ever tasted is sweet fennel flavour, which I've eaten in the Rose and Crown restaurant in Yardley Hastings, Northamptonshire.  And you used to be able to get this amaayy-zing raspberry and champagne flavour in the Cliftonville hotel in Cromer, Norfolk, where I used to live.  I love this stuff called Swedish Glace which is gluten and dairy free, and also Carte D'or strawberry.  And any salted caramel.  Generally, my answer is 'don't get me started'.   (btw, I don't eat all this all the time.  High days and holidays only!!)

What’s the first thing you notice about people?
Whether they look open and sincere, or cagey.

Football or baseball?
Neither, I have no interest in sport.

What color pants are you wearing?
I was just about to say, 'you what?' when I remembered that US thing, and realised it means trousers.  I am currently wearing my black velour 'leisure pants'.  They are dreadful.

Last thing you ate?
I am actually eating one of these, as I type. 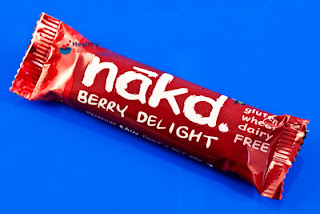 If you were a crayon what color would you be?
If I was a crayon????  Does this mean you want to know my favourite colour, or what colour I consider relevant to my personality?  Couldn't you have asked 'If you were in The Walking Dead, which character would you be?', instead?
Answers to these three questions:  Purple, Purple and Michonne.

Favorite smell?
Tea tree oil.  We have lots of oil burners around the house, and I like tea tree best, and rose.  I first discovered the former when I was at a friend's house some years ago, and we both had crashing hangovers.  She lit a burner with tea tree in it and it actually made me feel better.  I'd always thought aromatherapy was a load of rubbish before that.

Who was the last person you spoke to on the phone?
My sister.  I don't like talking on the phone.  Alot of the time I don't answer it.

Hair color?
Naturally, mid brown with lots of grey, fading to total white around my forehead and temples.  Unnaturally, varying shades of blonde.  I first went blonde when I was 24.  I have my colours done about once every 2 months.  I've been trying to go a bit darker for the past year or so, as befits my age, and have dark bits put in it as well as highlights.  I think they're called lowlights ;).

Favorite food to eat?
Almost impossible to choose just one thing.  My favourite dinner is sea bass with tons of vegetables.  I'd eat that every day if I could.

Last movie you watched?
Lion.  Which does have a happy ending, admittedly, but it's allowed to!  Wonderful film.  I had to read the book straight after watching it.  My review is HERE

Favorite holiday?
Can't remember the last time I went on holiday.  And enjoyed it, I mean; I went to Turkey in 2009 and hated it, because I can't stand being hot.  My sister and I spent the whole week trying not to move, in order to keep cool.  I've had great holidays in the past, in the wilds of the Scottish highlands, and North Wales.  I like being outside, not hot, somewhere beautiful/interesting, with not too many people around. 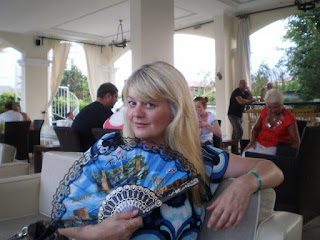 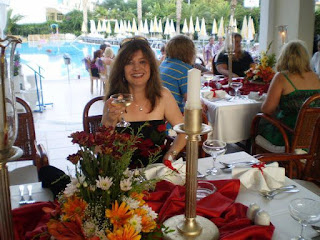 Beer or wine?
Neither.  I scarcely drink.  Used to drink buckets of wine, but it gives me heartburn and guts ache now.  If I have a drink, it's whisky or brandy.

Favorite day of the week?
Thursday, but I don't know why.  Maybe because it was usually a good night out, when I was younger!

Three or (four) favorite bloggers you want to learn more about?
I've chosen four I think readers of my blog might like to know more about, instead!  Here goes (click name for link to their blog):

Who were the last three people to follow your blog?
Writer Adrienne Vaughan
... and two other people called Micaela Marcedo and Linda, but I don't know them  ~ thanks, ladies! 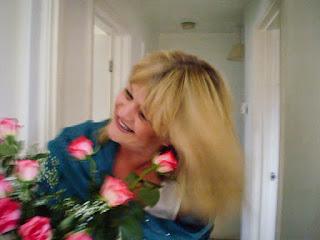 When I was looking for those photos in Turkey,
I found this one that my husband took of me on my birthday in 2011,
and, although it's blurred, I really like it, so thought I might as well put it on here!