Recently, book blogger Sue Bavey brought out a biography of her late grandfather, Jack Rogers.  My full review of the book can be found HERE.

I was most interested to read about a shop Jack opened after the First World War; please see below the paragraph I wrote about it in the review:

'An interesting surprise for me was that Jack opened his boot-making business in 1920, at a premises in Goldhawk Road, Stamford Brook, which is in Hammersmith, North London.  My mother was born in 1926 and, until the late 1940s, lived in her family home in Vaughan Avenue, Stamford Brook - which happens to be just off Goldhawk Road - I looked up a street map of the area.  So Mum must have known of Jack's shop; she may have even met him!  Small world indeed.'

This afternoon my sister Julia came to stay with me, and I was telling her about the book.  She immediately said, 'Oh - was that the shoe repair shop that Mum wrote about?'

I'd forgotten - in the late 1980s or early 1990s, Mum wrote several essays about her childhood years, of which we have copies.  In one of them she talks about Jack Rogers' shoe repair shop that she used to visit with her parents!  And even more mind-blowing is that Jack used to sometimes go for a drink with her father.

So I meet Sue from Massachusetts on Twitter, and it turns out that our grandfathers used to go for a drink together - how much of a small world is that?

Below is the short piece that Mum wrote about life in Stamford Brook, in which Jack features quite prominently!  Mum died in 2019 - I so wish I could tell her about this. 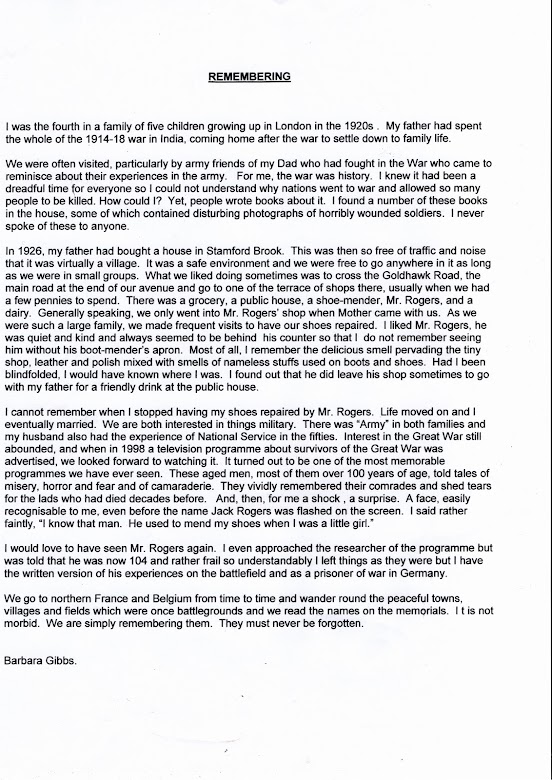 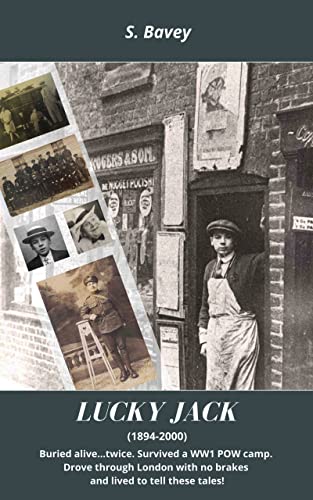