My brother has been a railway modelling artiste since childhood, and he's made a layout in his loft to reproduce Hamworthy Junction in Poole, Dorset, from the 1950s (see YouTube video from 1964 at end of this post).  I thought you might like to see some of the photos; the artistry and workmanship is amazing.  I've included some of his explanations from his regular bulletins, because the information will be of interest to others who enjoy this pursuit. 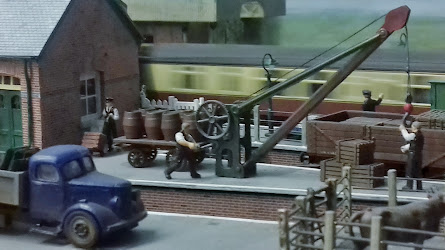 'A view across the yard with an eastbound train speeding through. I built the yard crane from a kit and added the figures, which have had their arms and legs
repositioned to suit. The crates are a one-piece moulding that only needed a coat of paint, and the trolley started life as a market stall kit. The Bedford truck is built from a kit and seemed to take ages to get right, however I was happy with it once I had found the right shade of blue.' 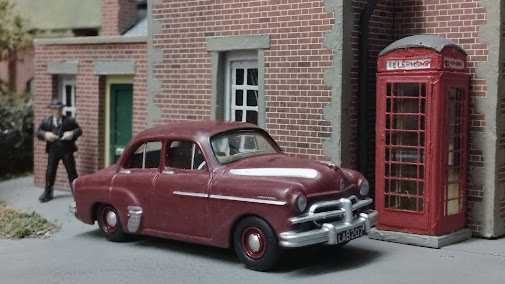 'The stationmaster wonders who has parked their brand new E-Series Vauxhall
Cresta outside his house! The telephone box is built from an etched brass kit and
features full interior detail, not that you can see it here. I think the plinth needs
letting into the road surface as it is quite a step up into the box.' 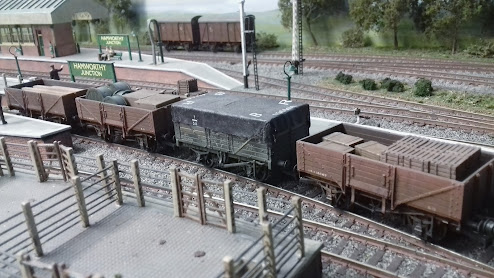 '
These are ready-to-run Hornby items, weathered and
with suitable loads added, either from kits or lengths of balsa ‘plank’.' 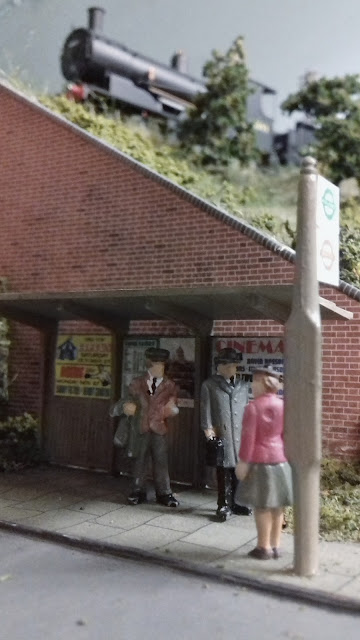 'Waiting at the bus stop on Blandford Road could be a fruitless exercise; although many trains cross the bridge above, I have yet to see a single bus on this road!' 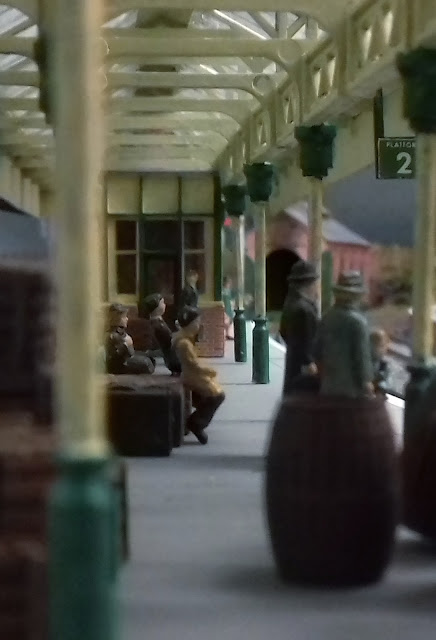 'This picture and the next are eye-level shots down Platform 2. Canopies are built
from 1959-vintage Airfix kits and the waiting room is scratch built from card
and plastic sheet.' 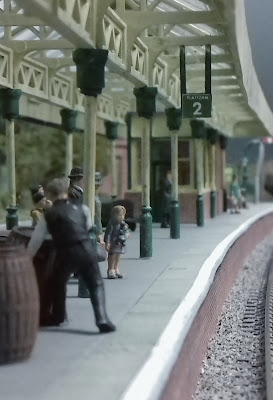 Hard graft outside the loco shed. 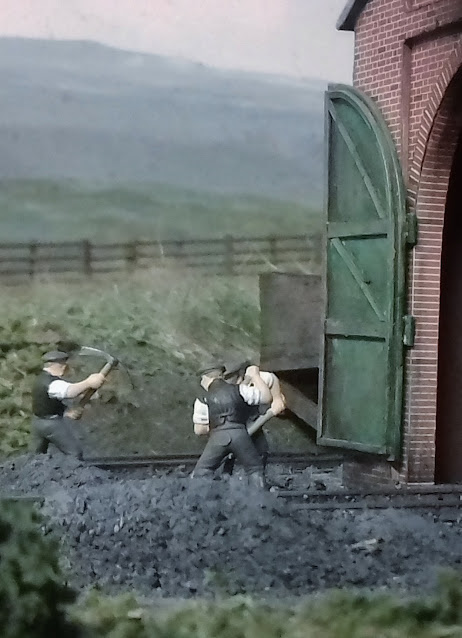 A new arrival waits for a taxi! 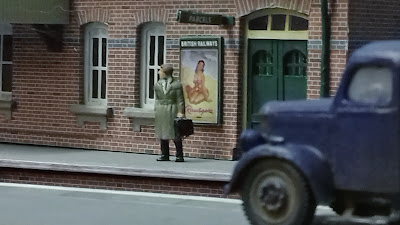 Watching the world (and the trains) go by 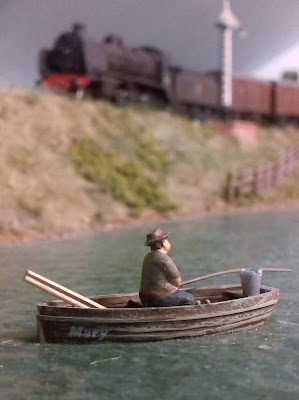 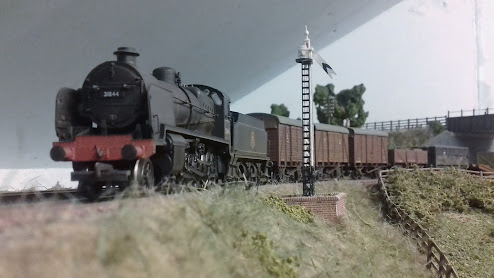 Finally, the following may be of interest...


'It is a piece of footage taken in 1964 of a Locomotive Club of Great Britain rail tour hauled by a Maunsell Q class, running from Poole via Holes Bay and through Hamworthy, down the branch to Hamworthy Goods. It shows fleeting glimpses of the station that I have been trying to recreate in miniature over the past few years and I hope that I have been able to capture some of the atmosphere.'


Freddie was with the boy for only a very short time on this earth, but he watched him from the shadows for more than eighty-five years.

In those misty, forgotten days just before the 1939 war, Freddie would follow the little boy up the dark, narrow stairs to his bedroom, a journey made by candlelight; there was no electricity in the old Suffolk farmhouse.  Freddie sat beside his bed during childhood illnesses, walked with him down country lanes, and silently persuaded him against the more outlandish boyhood pranks that flitted through his young mind.

He wept alongside him when his beloved cousin was killed in Northern France in 1940; he hoped the boy could feel his arm about his shoulders.

Freddie watched him grow into a solemn, hardworking lad who became head boy at his senior school, silently congratulated him when he landed his first job, and was delighted when he met the outgoing, affectionate woman he would marry.  She smiled a great deal; everyone agreed she brought out the best in him. 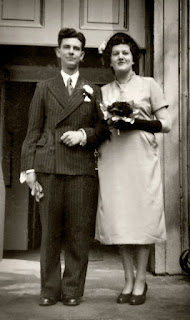 He watched the boy become a man, make his way in the world, gain a fine reputation amongst peers and superiors, always respecting the traditions and values of his upbringing.  Most of all, though, Freddie was glad he and his wife had a happy marriage.  Everyone liked him and enjoyed his company; that was more important to Freddie than anything.

The couple had three children.  Freddie felt great pride when they brought their baby son home from the hospital to complete their family; he stood in the quiet shade of the lilac and laburnum trees, smiling as the boy took photos of his wife holding their new baby on that warm afternoon in early summer, with their daughters standing on either side. 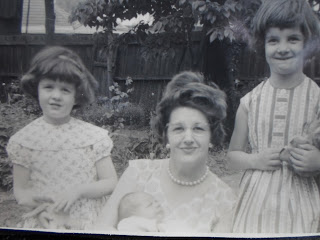 He kept a watchful eye on man and wife as they made the most of their leisurely autumn years by travelling abroad.  Later, Freddie shared the boy's pain during the difficult time when his wife's mind began to falter, and his sense of loss when she was moved into residential care.  He knew, though, that he would receive great comfort from his friends and family, for the boy was a wonderful father, uncle and friend who never failed to reach out a helping hand to those in need in his small village community.  His children said he had a more active social life than they did.  Freddie was with the boy and his children all through those last five years, and was warmed by all the happy moments they shared.

He knew when time was running out; he gently pushed the boy to visit the places of his youth with his son and older daughter, and the home of the younger daughter who lived many miles away.  To do all he would want to do for one last time.  The boy was becoming frail, but Freddie was determined he should not suffer, or become dependent on others; he would have hated that.

The end came out of the blue one ordinary Thursday afternoon, a great shock to all who loved him, though they derived no small comfort from the knowledge that he had suffered no pain.  The son talked to him at his hospital bedside and Freddie listened, too, so moved by his words; he knew his boy, though unconscious, could hear them, too. 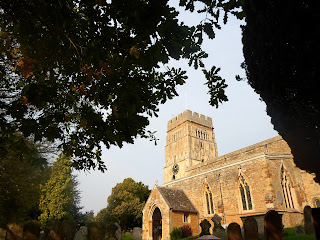 Freddie was with them all on the beautiful, golden autumn day when they laid the boy to rest.  The son and the favourite nephew helped bear the coffin into the ancient village church, and Freddie walked beside the two daughters as they followed behind, arm in arm, the younger woman struggling to hold back tears (she cried easily, like her mother), the elder one bearing her grief with stoicism, as her father would. 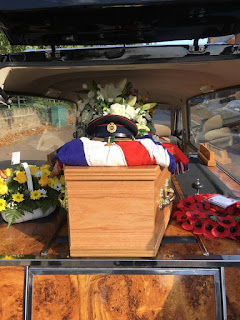 The congregation was one of the largest the vicar had seen at that church, and her address honoured her friend, as did the tribute and bible reading from his children.  At the graveside the men with medals saluted him; once a sapper, always a sapper. 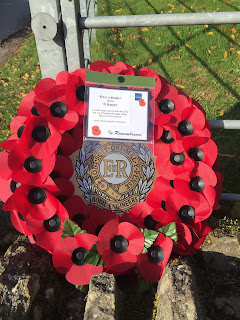 The family and friends moved off, and Freddie waited.  He stood with the boy's aunt and uncle who had cared for him in childhood, with his beloved cousin who died in battle over seventy years before, and his brothers and sisters.  The boy walked towards them; he was smiling, he looked younger, and though he still used his walking stick he no longer seemed to need it. 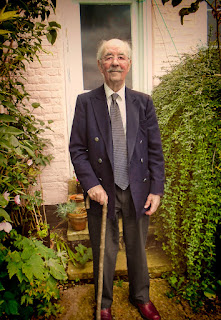 Freddie held out his arms. 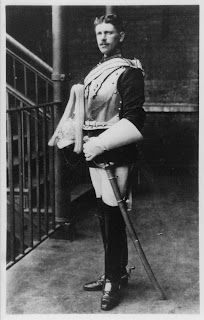 My grandfather, Frederick, who died around 1931 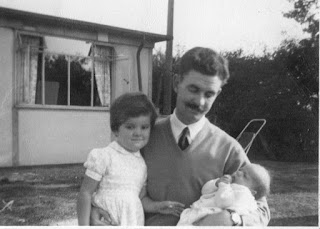 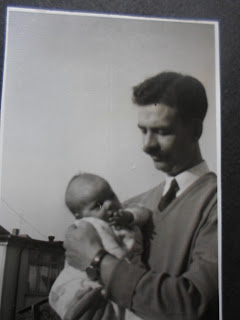 Nine short stories from the post apocalyptic
Project Renova series.
(featuring characters from Tipping Point and Lindisfarne)
*All stories completely 'stand alone' from the rest of the series* 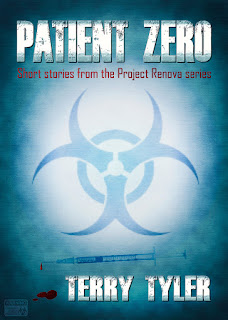 1. JARED: The Spare Vial
He has two vaccinations against the deadly virus: one for him, one for a friend...

2. FLORA: Princess Snowflake
The girl with the perfect life who believes in her father, the government and happy endings.

3. JEFF: The Prepper
What does a doomsday prepper do when there is nothing left to prepare for?

4. KAREN: Atonement
She ruined her sister's last day on earth, and for this she must do penance.

5. AARON: #NewWorldProblems
Aaron can't believe his luck: he appears to be immune.  Doesn't mean that's the end of his problems...

6. MEG: The Prison Guard's Wife
The wife of Donald Lachlan, who let a psychopath out of jail...

7. RUBY: Money to Burn
Eager to escape from her drug dealer boyfriend, Ruby sets off with a bag of cash.

8. EVIE: Patient Zero
Boyfriend Nick neglects her.  This Sunday will be the last time.  The very last time.

9. MARTIN: This Life
Life after life has taught the sixty year old journalist to see the bigger picture. 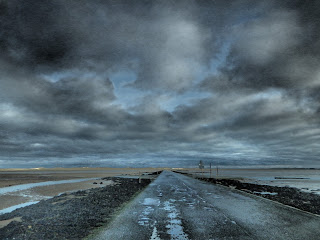