I was surprised to see that I've written 66 posts on this blog over the course of 2019; yes, I spend most of my time at my laptop!

It's always interesting to note which ones receive the most views; the most popular are usually those that contain advice for writers, though I'm pleased that many fellow Walking Dead addicts are stopping by—and interest in my own books when they're released is so appreciated, too!

Mostly, though, it's just good to know that you're not talking to thin air, so if you're reading this now: thank you!  Here are the twenty most viewed of this year's crop, in ascending order (ie, number one got the most!).

From September 2018 - August 2019, on the 28th of each month, I took pictures in the park where I go for my walks to track the changing seasons. 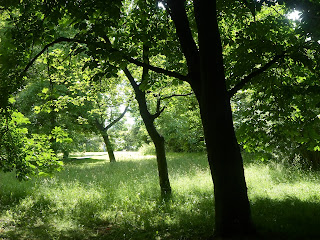 My mother died in April this year, aged 93;
I am sure she would have been amazed to see that 905 people
took a look at a poem she wrote over 70 years ago :) 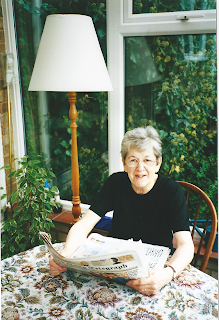 My 20th book, published in November this year :) 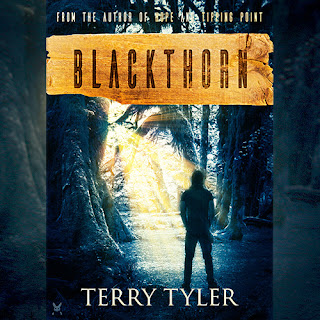 14. Your First Novel Is Ready To Go: Five Things To Consider
~ Writing Advice ~

One of my irregular series of TV and film reviews, with trailers

12. A Thank You Letter From Judith Grimes (The Walking Dead)

11. Eat Your Profiteroles With Confidence

A bit of fun, from back in April!

I love a Top Ten countdown!
Here are the ten most viewed, in reverse order:

Another of the most popular posts in my TV reviews series 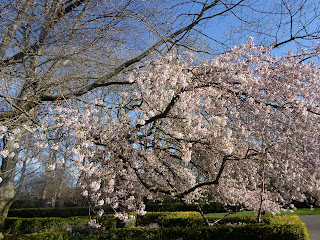 5. 6 Ways To Create Characters That Readers Care About
~ Writing Advice ~ 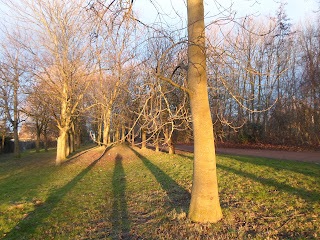 3.  A Few Dos and Don't For Writers New To Twitter
~ Writing Advice ~ 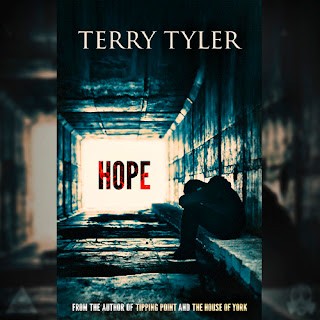 This is an ongoing project; I add new posts as I find them, under headings such as 'publishing' and 'social media', so it's easy to find what you're looking for.

I'm so pleased that this has proved so successful - it's had 3923 views so far, and I hope it's helped writers new and old, everywhere!

Thanks so much for visiting my blog; happy new year and new decade, and I hope you will return!

Email ThisBlogThis!Share to TwitterShare to FacebookShare to Pinterest
Labels: my books, The Park on the 28th, The Walking Dead, Top Blog posts of 2019, TV, TV reviews


More mini TV and film reviews.... more films than TV series this time, unusually!  I watch stuff mostly on Netflix and Amazon Prime, but some may be on other channels such as Starz, Showtime and Hulu.

Click film/show's title to find out more about it/where you can see it, etc.

For more posts in this series, please click here: Lately I've Been Watching

Got to be the most talked-about film of the year; in which Robert de Niro, Al Pacino and Joe Pesci are aged down to portray the story of American union leader Jimmy Hoffa (Pacino), and his links to organised crime.  The digital ageing down and slowly up again and beyond is a feat worth watching in itself, and the film is everything you would expect from the most compelling actor of all time (de Niro!).  I look forward to watching it again, so I can see more in it; the story is actually quite complicated in parts, and I suspect it will be even better on second viewing.  No need for me to say more; if you're interested, you've probably already seen it.  It was trending on Twitter for two days!

I have no interest in Batman generally, but this was FABULOUS.  It's the backstory of the Joker, played by Joaquin Phoenix, and he is amazing.  A comment on Youtube says, 'He tried to smile behind the pain, until the pain made him smile'.  Another one says that the trailer doesn't do the film justice, and I agree; yes, it's so much more.  It's tragic, haunting, and if it doesn't win a whole bunch of awards, it damn well ought to.  'Fascinating, chilling, beautifully disturbing'.  Best film I've seen this year, I think.

Film: Once Upon A Time In Hollywood

Loved this and would highly recommend if you love biopics, even if you know nothing of the history of the Wu-Tang Clan, as I didn't.  For anyone who hasn't heard of them, they're a band of musicians, rappers and producers of hardcore hip hop from Staten Island who first started to emerge in the late 1980s, and have been named by those whose opinion matters as the best hip hop group of all time, and hugely influential, generally.  The music is great, but even if you have no interest in the scene, it's a terrifically well-written and acted, and quite uplifting, as the members eventually choose music over a life of crime.

The 2019 version, starring Guy Pearce as Scrooge and Stephen Graham as Jacob Marley.  Very long, highly atmospheric and extremely well done; ideal Christmas Eve night TV.  As it was made in conjunction with the BBC there were a few irritations, and I was a little disappointed in Christmas Future (I expected it to be more frightening), but it's a fine film and definitely one to snuggle up with in the dark over the Christmas period (pyjamas, duvets, chocolates... that sort of film!)


Renée Zellweger is stunningly good as the tragic Judy Garland, in this depiction of a few months in the last year of her life, most of it spent in London.  It's so, so moving.  Be prepared to feel anger, frustration, and a lot of really sad stuff.  And if Ms Zellweger ever needed to shrug off the ghost of Bridget Jones, she's surely done it with this award-worthy performance.

True story starring Forest Whitaker as New York gangster Bumpy Johnson, who returns from 10 years in Alcatraz to find that the New York streets are no longer his own, and tangles with the Genovese crime family in order to regain control.  Kept me interested all the way through, definitely recommend :).

Better than Season 5, by far - the final one, and a worthy, amusing, clever and satisfying ending to this show, which I recommend highly!


Suspense thriller about some people with dangerous superpowers who live, hidden, in an ordinary community, within which there is much prejudice against those of their type.  Not memorable, but enjoyable.
TWD fans will enjoy seeing Siddiq in a new role :)

Film: Ready or Not

Daft, darkly humorous horror film about a woman who marries into an aristocratic family with weird traditions.  A good story, and fairly enjoyable, but I think it might have had much potential if it had been done as serious horror rather than comedy horror.  Very gory, in case you're bothered about such things.