*NB June 2015: One of my first blog posts, back when I was persuaded by fellow Twitterly writers that I really had to have a blog...  I'm amazed I had to be persuaded now, it's like a fifth limb!!*


One of my lovely new online writer friends suggested to me that we might meet up some time at some Literary Festival or other, as we are, at the moment, only friends via Twitter, Facebook, Goodreads and email.  I thought this was a most excellent idea; I'd love to meet in person some of my fellow Twitterers!

I mentioned this idea to my husband.  He said. "A Literary Festival?  What happens at one of those, then?  Do you all sit around on the grass, smoking dope and swigging cider while someone reads from 'Jane Eyre'?  Do you stand in your wellies in the mud, holding up your cigarette lighter in the dark, during the first chapter of 'On The Road'? 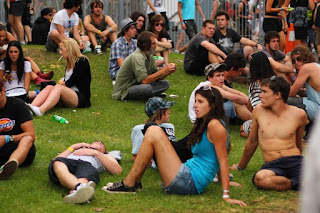 You can just see it, can't you?

"I missed the last half of 'Great Expectations' because I was chucking up after eating some under-cooked lentils I bought from one of those veggie food stands." 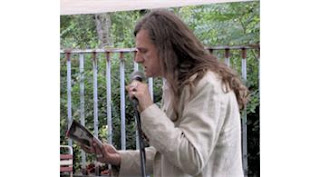 "I'm getting too old for these gigs, I'd rather listen to 'Catcher in the Rye' on audio book than wade around in the mud for three days" 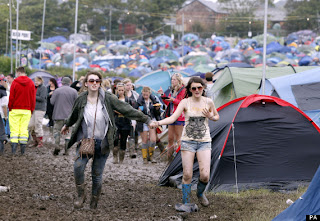 "I thought 'A La Recherche Du Temps Perdu' was rubbish live.  Didn't enjoy it half as much as I did the book." 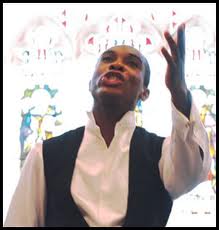 "Aye, but you were pissed when the fella was reading it.  You were trying to chat that bird in the denim shorts up.  The one with the lemonade bottle full of vodka, remember?" 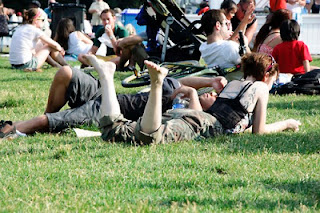 "Nah, Sebastian Faulk's 'Birdsong' ain't half as good as it was last year.  Anyone want a bang on this?  It makes it sound better, honest." 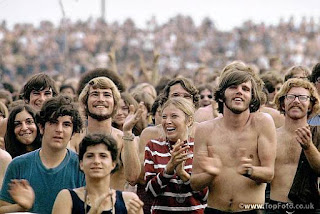 "Who's headlining this year?  Some dude in glasses reading the best of W Somerset Maugham?  Far out!" 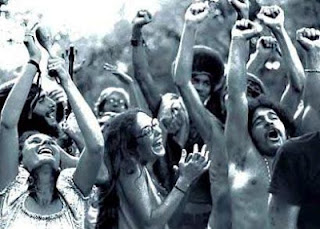 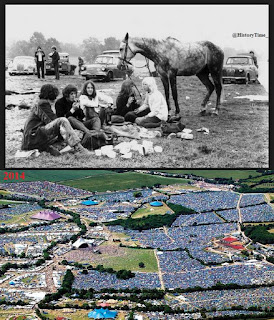 I read a very interesting blog today by an American author called Toby Neal entitled "Is anyone reading blogs anymore?"

It was about the endless round of author interviews and guest blogs, etc, she did when promoting her first book - now, about to release her second, she wonders if she can be bothered to do it all over again.  Her question was, does anyone actually read them?  Apart from those who know the author, anyway.  My initial answer was 'no'.  My point being that most of them are all the same (some aren't - Tracie Banister's is a bit different, has more interesting questions).  Also, there are hundreds of thousands of bloggers, hundreds and thousands of indie authors out there - yes, your book and what drove you to write it is fascinating to you, your family and some friends, but not of THAT much interest to everyone else.  I highlighted my point by saying that although I had seen Toby's name up and down Twitter for ages, I hadn't actually investigated anything she wrote until she wrote a blog with  a title that caught my eye.  Now I know about her and the name of her book.  Blood Orchid.  See, I even remembered it, an hour later!  I might even check it out!

Hence the title of this blog post.  Did it make you read it?  Well, perhaps not.

Then I thought about the subject more (I do tend to leap in, it has to be said).  Whereas doing an author interview may not get 100 people going "hey, this girl is OUT THERE! I must buy her book, review it and recommend it to all my friends!", it is all a part of the interaction with people and goodwill thing amongst the writer community.  Also, it might get both you and the blogger new followers, who you might really like/start helping each other out....  as another writer had commented on Toby's post, it's a slow thing.

One of the other problems with this blogging thing is that there are so many zillions of them out there that you can miss a good one; I read about 3 a day, I think, ones that particularly catch my eye - if I like a post by someone, I might read another of theirs.  If I like that, too, I might spread the word about the blog as a whole.  Quantum of Thought.  That's a good one.  http://quantumofthought.wordpress.com/  (No, nothing to do with me, it's not a self-plug!)

Before I became part of the Twittersphere I used to post blogs (occasionally) on Facebook and MySpace.  They always got a stack of views and comments, but on Twitter there are so many being posted that they don't stand out.

To sum up - give your blog post a title that will make people look at it!  Maybe not like this one, though...!

Keep Your Kit ON!

This morning I was half watching a Saturday morning cookery programme, and saw 1980s iconic punk princess Toyah Wilcox showing us how to make an amazing recipe with pollock. 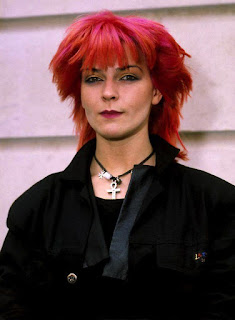 Of course, Toyah is now in her fifties - as is Kim Wilde, who regularly appears on gardening programmes. 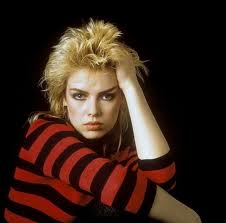 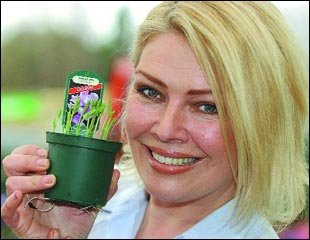 This made me wonder if, in decades to come, we will see Kimberley Walsh of Girls Aloud presenting 'Antiques Roadshow', or Jessie J fielding the two teams on 'Bargain Hunt'?

Somehow, that doesn't seem as unlikely as it would have seemed, thirty years ago, to see uber-hip Toyah and sexy vixen Kim Wilde presenting gardening and cookery programmes.  Which made me think - were the female pop stars of the 1980s just so much more cool than they are now? 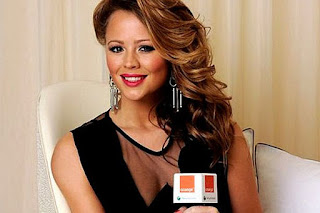 Take the beautiful yet delightfully homely Kimberley Walsh, above,  - very much the sort of girl you could imagine mucking around with bedding plants and fish stock.... 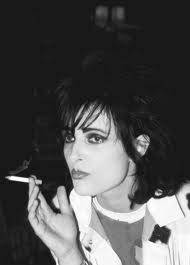 Leading on from this, I was watching an old edition of 'The Old Grey Whistle Test' a few nights ago, featuring Siouxie and The Banshees, and the first thing I noticed was:

Think of not only Siouxie, Toyah and Kim, but also Bananarama, Chrissie Hynde, and even the lusted-after-by-every-man-in-the-world Debbie Harry. 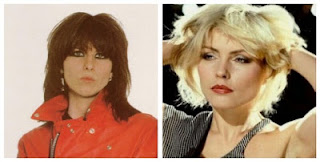 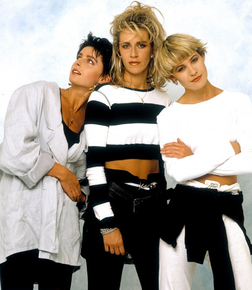 ....now, compare their attitude with the writhing, acquiescent posturing of Rhianna, Christine Aguilera, Shakira, Cheryl Cole, to name but a few. What sort of role models are they for young girls today? 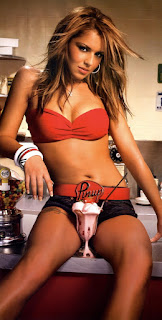 The ever ladylike and classy Cheryl Cole...


They give out the message that in order to be successful, attractive and appreciated, you must be seen as indiscriminately sexually available.  And not only available, but positively gagging for it.

Forget all our mothers fought for - let's rejoice in being sex objects once more!

These days, even the older ones aren't much better. Madonna, the queen of cool and edgy when she first appeared on the scene, is never out of her hotpants. The glamorous and breathtakingly beautiful JLo seems to think she has to compete with the twenty year olds when it comes to her promotional videos. Come on, loves, put your crotches away! Sticking your fishnet clad arse in the air and simulating sex on stage looks a bit desperate when you're over forty, however great your figure is. 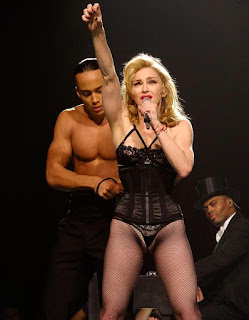 Sexy doesn't have to mean letting it all hang out - whatever happened to an air of mystery?