What does 'I love you' actually mean?


Alas, it often means very different things, even to two people who are uttering those three little words to each other at the same time.  How many times have you heard a brokenhearted friend say "I don't understand; how could he just go?  He told me he loved me!"?  You may have said it yourself.

Perhaps one person was saying "I can't imagine my life without you in it", while the other just meant "You're so exciting and exactly what I'm looking for, right now".

Sometimes it means the more sinister "I have an ideal in my head about the person I will love, and I want you to be 'it'"~ more on that one later!

I thought about this whole subject a great deal whilst writing my latest book, Last Child, because it features so many variations on the man/woman relationship.  Although not 'romances' by any means, my books do tend to be based around affairs of the heart, and I draw not only from my imagination but also from my own experience and observation of others.  This aspect of life has always been both interesting and so important to me, perhaps one of the reasons why I've never allowed it to fall into the second place necessary when you have children (actually, that's only just occurred to me!).

Children or not, it isn't so important for everyone; there are those like Hannah (she appears in both Kings and Queens and Last Child), who prefer to keep such extremes of emotion at arm's length: "Some people need romance and passion like they need air to breathe, and some don’t.  I belong to the latter camp.  I’m happy to be a friend and confidante to those who need help in related crises, but have no desire to experience the despair that so often follows the joy."

(Sensible?) people like Hannah are just not made for the 'grand passion'; those explosive chemistry type of affairs, illicit as such things so often are, in which the two people have an immediate lust thing going on but also "that indefinable ingredient ‘X’ that turns attraction into love" ~ I won't say which two characters the one in Last Child involves!  The sort of love that leads people to leave long term partners, make crazy decisions, and tends to either burn itself out, painfully, or keep flickering away forever, even if the two are not together - think Burton and Taylor!  Even if we haven't the film star qualities of these two and our affair does not involve exclusive hotels, yachts, huge diamonds and newspaper coverage, I think everyone should have at least one of these sort of experiences in their lives!  Shame they don't always end in happy ever after... 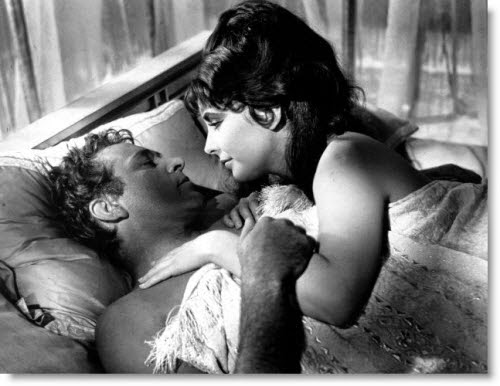 In the second part of Last Child I've written two characters who, sadly, mean completely different things by those three little words.  His 'I love you' means 'I'm very fond of you but I'm really in this relationship because it gives me everything I need socially and financially', whereas, alas, hers says: 'I am obsessed with you to the point of not being able to live without you' ~ yes, for those who know their history, it's my modern day Philip of Spain and Mary Tudor.

Old family friend Will Brandon makes this observation about 21st century would-be king Phil Castillo: “Lucky fella; a cushy job with a generous salary, a place in the bed of an attractive young woman whenever he wants it, and a nice little rent-free bolthole in the village when he doesn’t.  Can’t be bad, eh?”

...whilst poor Isabella feels like this:  "The ferocity of my love for him scared me, sometimes.  I couldn’t think about anything but him.  We’d be sitting at home watching television, but I’d be unable to concentrate on the programme.  I’d gaze at his face, study its angles and expressions, and I’d want to devour it.  Sometimes when we made love I left bite marks on his skin; he said he loved my passion, but I think it scared him a little, too." 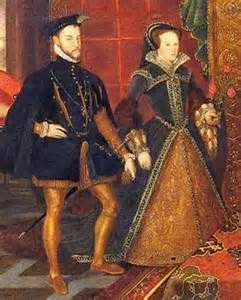 Philip of Spain and Mary Tudor

This sort of relationship can work if the less enamoured is basically a decent person and appreciates where his/her bread is buttered (a young woman being totally spoiled by her doting, older, rich husband, perhaps!); sometimes love can grow out of such a situation, though more often than not the one with more to offer ends up with a broken heart.  I'm so glad I don't have the psychological make-up that allows me to be as eternally obsessed with someone as Isabella is with Phil; I know someone who suffers this affliction (poor her); her 'love' for the man in question colours her whole life, even if she rarely sees him. 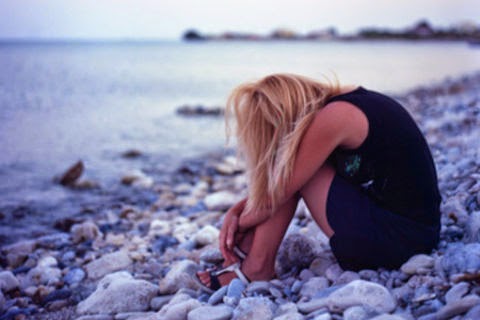 As sister Erin observes about Isabella:
"Love’s a weird thing.  It so often has so much other stuff attached.  Sometimes it’s more the fulfilment of a need.  Exhibit one: Izzy and Phil Castillo.  When she met him she was starved of love and affection, and just needed a good shag, in the opinion of most of the men at Lanchester Estates.  She saw mirrored in Phil’s empty blue eyes the image of herself in which she needed so badly to believe but was never truly convinced by, so when she felt her dream slipping away she clung to it by any means she could because she was terrified of going back to how she was before."

The final third of Last Child brings with it three more faces of love: duty, true soul mates, and that curious one of which my character Amy is guilty ~ she thinks she feels true love for her husband, Robert, though she is more in love with an ideal.
Robert says: "Amy doesn’t really love me, anyway, although she thinks she does.  She loves her fantasy of me as one of the heroes from her stupid romantic novels, not me, the real me, how I really am."


I think this is more common that people realise (or admit), particularly amongst women who, when younger, daydream about their wedding day/future marital bliss, and amongst men who weave fantasies about their ideal woman - anyone who has been in a relationship with one of those men who tell you they adore you then try to change everything about you from your friends to your hair colour to the height of your heels will know what I mean by this one!

Being the object of this sort of 'love' should make the recipient want to say "Oh, excuse me for not being the person you've made up your mind I ought to be - not!!!", but, sadly, it all too often makes low self-esteem even lower; men who think love = protection and control have a radar that detects the sort of women who will put up with it.  As for women for whom "I love you" means "I want you to star alongside me in my fantasy of a perfect life.  Here are your lines and stage directions; if you deviate from them I will sulk" - they need a course in growing up!

As for 'duty' love, Robert's relationship with Amy begins because he is on the rebound, but grows into something genuine; however, he feels guilty for falling out of love with her almost before the ring is on her finger, and tries to make the best of it.  Erin thinks such duty is misplaced:
"If you don’t love someone, don’t stay married to them.  End of.  Don’t waste her life as well as your own.  Let her find someone who loves her, instead of putting her through years of anguish." As for Erin and Robert, their connection is a continuing theme throughout the book.  But are they true soul mates, two people who fit together so perfectly, or is their love destined to bring nothing but heartbreak (she says, as though writing a blurb for a romance book.....!)???

I hope if you have downloaded the book you enjoy finding out, and, whether you have or not, that you can relate to some parts of this post; I'd be interested to hear about anyone's own experiences, and promise I won't use them in future novels!