Few things make you appreciate simple, everyday activities such as nipping down the road to the greengrocers, like being practically (and, I hope, temporarily) immobile, as I have been for the last few weeks and will continue to be for a while.


I won't go into detail as I don't want this post to be too much of a moan; suffice to say that it's probably a condition called PVNS in my left knee, and necessitates a leg brace, crutches, a biopsy in a month and subsequent operation that will mean another six weeks' recuperation. 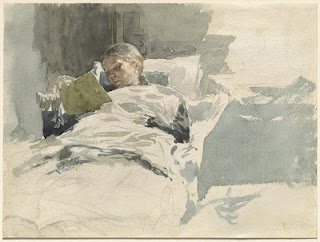 The downsides?  Well, yes, they're obvious.  At first I thought 'yippee, good excuse not to do housework', and have adjusted my mindset to accept that living in a pigsty is the least of my problems, though I do manage to do a little tidying up by transporting items from room to room over my shoulder.  Most things have to be bought and fetched for me, and I find that hard.  The worst downside is the occasional, excruciating pain.  So bad that it causes sweating and yelling ~ last time, even huge doses of morphine didn't touch it.  The other night I was watching a documentary about Guns 'N' Roses, in which Duff McKagen said that when his pancreas burst after years of rock star excess, he too had the experience of zero effect from 'enough morphine to knock out a horse' (which is what the nurse said I'd had).  The TV interviewer gasped in awe; I merely raised a world-weary eyebrow.


Only gas and air took the edge off it for me.  The last time it happened I lay in A&E practically delirious with pain for one and a half hours until an angel appeared in the form of a wonderful doctor whose name I didn't manage to catch apart from his being called Izzy or Ezzy, whose dear sweet nurse gave me much gas and air and wiped my sweating brow; Angel Doctor drained a cupful of blood from the football that used to be my knee.  He was one of those Africans who are so black that all I could see was the whites of his eyes and his lovely smile.  He had the most calming, beautiful aura I've ever come across, and I felt completely safe in his hands.  I dunno, perhaps the morphine did affect me after all, but I honestly felt that I'd been sent a divine being!  I've looked him up on the health authority website but can't find him... so perhaps he really was :)

At least it's winter; it's quite nice to have an excuse to stay inside, warm and cosy!  I like to think that I'm a fairly positive and contented person, and indeed my situation does have upsides.  I haven't had a cigarette for four weeks so may have given up (though I don't want to totally give up because smoking makes you look hard and cool, and non-smokers are girly wimps), but the main bonus is reading time.  Currently, I have hours a day for one of my favourite things in the world!  I read about fifteen books over the last four weeks.  I review for Rosie Amber's Review Team and am on the panel for a historical fiction award, so I have much time to give to both, as well as some of my own choices.  The TBR list is finally getting chopped down a bit!

No domestic chores means I have more time to write, too ~ my new novella has been sent for proofreading (details soon), and yesterday I actually wrote a six page letter in longhand, to a friend I haven't seen for a while.  You know, like people did in the olden days!

With reference to the first paragraph, about learning how to appreciate the small stuff, back in 1982 I shared a flat with my friend Helen, and we had no fridge.  When we finally got one we felt as if we'd been given some fabulous treat.  The joy of being able to have salad, and the milk not going off, was such a novelty.  I imagine I will feel the same once I can walk once more, and I hope I never take it for granted again!  In the New Age early 90s I remember reading a book called 'Flow', one of the many self-help books that were everywhere back then ~ it was leant to me by Jane with whom I shared a house at the time.  She was a great fan of the whole New Age scene, and was always feng shui-ing the downstairs loo and sneaking off to do Shamanic drumming.  The message I took from it was that happiness is derived not from having your dreams come true but from obtaining joy via the everyday things in life.  Tis true indeed, and I still try to live by that; I often think of that fridge :) 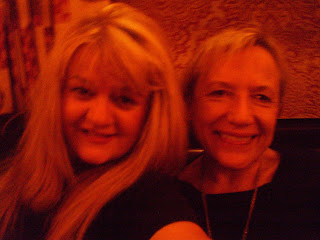 Just one last thing and very, very important thing ~ we've been so lucky with family and friends and all their offers of help and kind messages.  Real life, online, and online friends who've become real life ones too ~ you know who you are, and THANK YOU xxxxxx