The Visitor is knocking on your door.....

The Visitor is now live!
Find it on Amazon HERE (universal link). 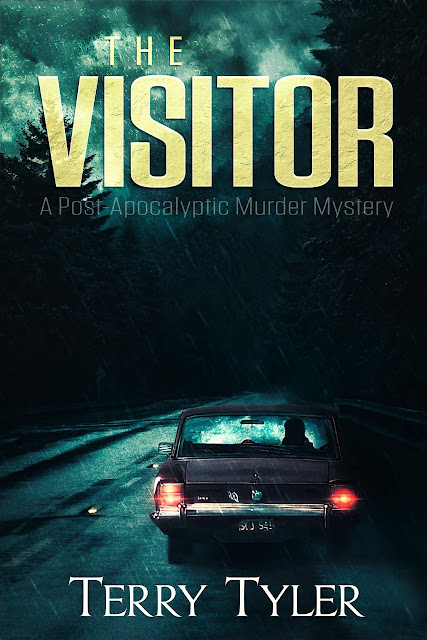 In 2024, a mystery virus ravages the entire world.  'Bat Fever' is highly contagious and a hundred per cent lethal.

A cottage tucked away in an isolated Norfolk village seems like the ideal place to sit out a catastrophic pandemic, but some residents of Hincham resent the arrival of Jack, Sarah and their friends, while others want to know too much about them.

What the villagers don't know is that beneath Sarah's cottage is a fullystocked, luxury survival bunker.  A post-apocalyptic 'des res'.

Hincham isolates itself from the rest of the country, but the deaths continue―and not from the virus.  There's a killer on the loose, but is it a member of the much depleted community, or someone from outside?  As the body count rises, paranoia sets in; friend suspects friend, nd everyone suspects the newcomers.

Most terrifying of all is that no one knows who's next on the list...

The Visitor is Terry Tyler's twenty-second Amazon publication, and is set in the same world as her Project Renova series, while being a completely separate, stand-alone novel.