I'm deeply engrossed in the first draft of my latest novel, Last Child, which is the sequel to my modern day Tudor tale Kings and Queens.  When I am screen-tired with sandpaper eyes, and my RSI-suffering right arm is shouting "C'mon, gimme a break!", I curl up in bed with my husband and watch stuff like Homeland. Boardwalk Empire. 24. Sons Of Anarchy. The Wire. The Americans. Ray Donovan. The Killing....  I could go on! Suffice to say I'm a Netflix etc addict.

My books are very 'character driven', and I've always been (more than) delighted to read in reviews about how the characters really come alive to readers - phew!  Since I've been living in Last Child (you know, when I'm not writing it I'm thinking about it), and spending my evenings with Homeland, I've realised how much I'm learning from watching first rate TV drama.  The point I'm about to make might seem like stating the bleeding obvious, but might also be a help to other writers.

You can stick in as many vampires and historical accuracies and thrilling spy chases as you like, but they won't work if the readers don't care about the woman who's being lured by the vampire/locked in the dungeon/chased on the speedboat. It's not the plots themselves that we care about, it's the motivations/emotions of the characters.

24 is so endlessly absorbing because we love Jack Bauer. We want things to work out for him because of all he's been through, starting with the murder of his wife in series 1 (fellow Jack lovers might be interested in my top 20 characters in 24 HERE and my top 11 most irritating HERE ).  Yes, the plots are brilliant, the acting and direction is marvellous, but without us caring about Jack (and Chloe), it would be just another forgettable action thriller. 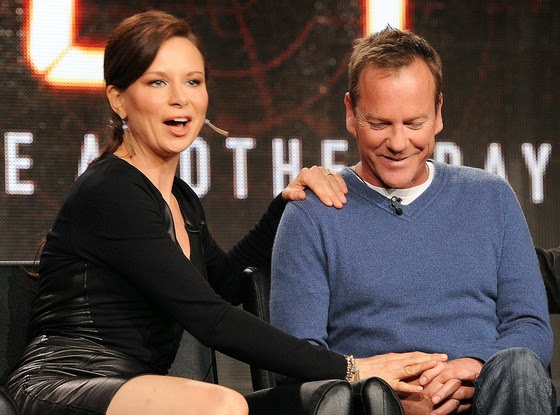 Stick with me while I continue, especially if you haven't watched Homeland. Last night I watched the last of series 3, in which curiously sexy is-he-a-bad-guy-or-not Nick Brody was finally killed. Yes, I cried, and I don't want to watch series 4. I think the producers (um, Clare Danes?!) have made a big mistake. The main drive of the show has always been Carrie's love for Brody, and I don't just think that because I'm a GIRL, as my husband says! Watching it last night, I think I experienced every moment of her emptiness now that he's gone, because the two of them were so spectacularly well portrayed.  I can't see that she will have the impetus to do the things she does that make the plot lines so good, without him to fight for.  Homeland is not so much about the war on terrorism as it is about Carrie's relationship with Brody (okay, and the complicated one with Saul). All the shitty government cover-ups just provide a setting for the continuing story of Carrie, Brody and Saul. You could take the story of Carrie and Brody (and the actors, preferably!) and put them in 300AD Rome, and it would still work. But without the chemistry between those two, the show becomes something completely different, and whereas I am sure it will still be very good, it won't be so compelling. 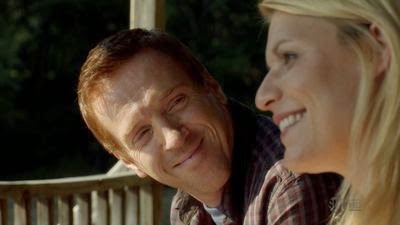 To illustrate my point further, who used to watch Dallas?  Remember Bobby Ewing's return in the shower?  The producers had to bring Bobby back because the show wasn't working without him, and not just because he was the romantic fantasy of 5 million housewives.  The saga was about the sibling rivalry between him and JR, the love/hate thing between JR and Swellan, and the painful tearing and keeping apart (and very occasionally coming together) of Bobby and Pam.  All the other storylines, all the oil industry machinations and secondary family wrangles, were just vehicles to prolong these themes. 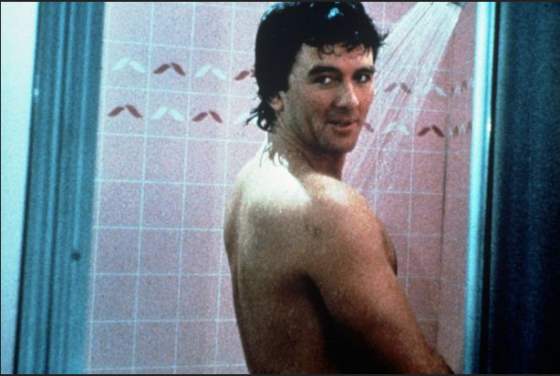 If the characters don't work, even the most intricately thought out plot goes flat.

If you were a Dallas fan, too, you will have seen the finale in which a devil showed JR what life would have been like if he had never existed.  A fascinating idea for the finale, but all those stories sure as hell wouldn't have made a TV serial.  Getting rid of Brody in Homeland is a bit like there being no JR in Dallas.  The plots come second, even though we don't realise it.

It's the same in books. Jackie Collins' 'Chances' is one of my favourite books because I fell in love with Gino Santangelo - and need I mention Heathcliffe? For me, Game Of Thrones was never quite so good after Ned Stark was killed off, though Tyrion Lannister does almost make up for it. Ned was such a strong character, with all that honour and attachment to Winterfell and The North.  It was the battle between his priniciples and those of the Lannisters that made the first book so powerful. 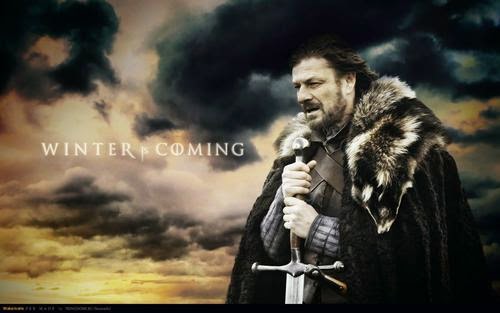 The series Nashville (the 21st century Dallas, I think!) is terrific, but aside from all the wonderful music and the fascinating insights into the music industry, we love it most of all because of the 'are they ever going to be together' thing going on between Rayna and this gorgeous hunk of masculinity* 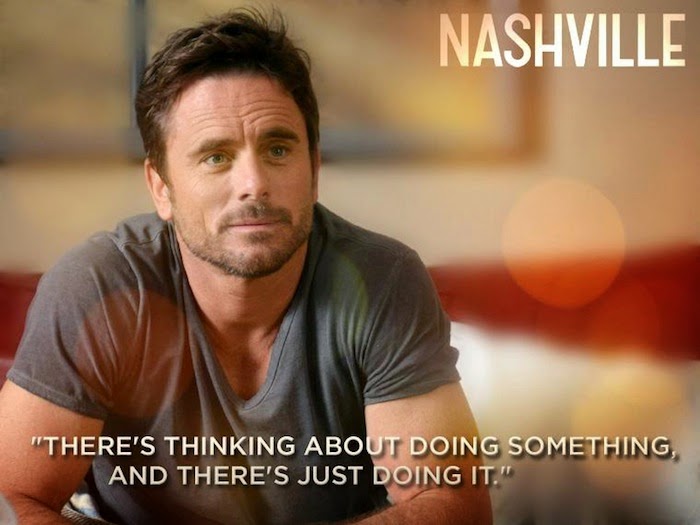 Yes, yes, okay, that was just an excuse for a picture of Deacon!  The Rayna and Deacon storyline is the same as the Carrie and Brody, the Bobby and Pam - it's those tiny moments of bliss when they finally get together that provide some of the highlights of the series, and anyone who has ever got together or reconciled with someone they're crazy in love with knows how fab that is - okay, so your guy might not have been Damian Lewis (dammit!), your girl might not have been the pre-plastic surgery Victoria Principal, but it's nearly as good!

I was asked in an author interview on a blog the other day which of my characters I'd most enjoyed writing, and my initial answer was that I enjoyed all of them, because if I didn't love them and adore writing about them, it would mean that they didn't work.  Here's another thing - characters doesn't come alive because you've written down an intricate bio and list of characteristics in your notes; they do so because they're alive in your head.  If you're finding him or her hard to write, it might be because he or she isn't working.   Something to bear in mind - I keep an eye on it all the time.

My idea for Last Child was that the main theme would be the relationship between two particular characters, but it's turned out to be a different relationship that's really got me.  I don't buy into all this 'oh, the characters write their own story, they take me off down roads I didn't mean to go down' bollocks, either, as if it's some mystical process that only Writers understand (note the capital 'w'); the story comes from my head and my fingers on the laptop keys. My imagination has simply conjured up a powerful relationship I hadn't expected to grab me so much, and the one I intended to work so well just didn't, that's all.  So I've re-thought the focus of the whole thing.  Be aware: if the character/relationship doesn't work, your story will be forgettable.

If you're writing a series (as so many are doing these days), remember that the readers need to truly believe in the characters, fall in love with them, fancy them, want to take care of them, be extremely irritated by them, want to see them fail, want to see them die a painful death, anything, or they won't read part two, no matter how many spaceships and magic wands and intricate government conspiracies and millionaire mansions you include.

My husband thinks that maybe Brody isn't really dead, maybe he was cut down before he took his last breath, maybe being kept alive somewhere - I live in hope!!! 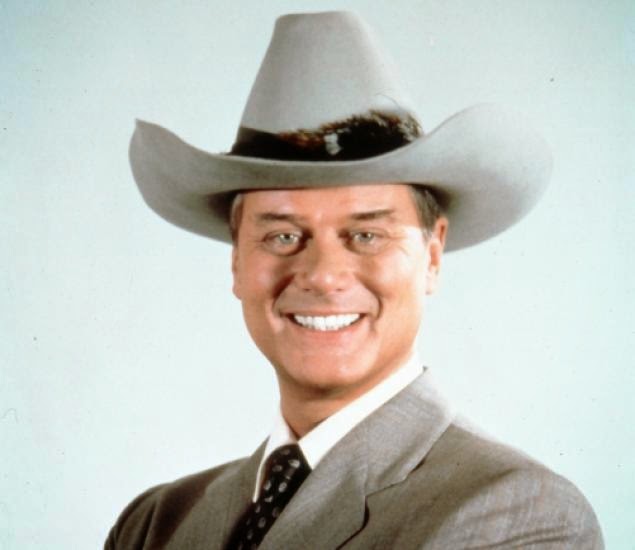 *(a totally irrelevant ps: I would like to add that my sister and I were just discussing Nashville and the on-off relationship between Rayna and Deacon.  In Julia's words: "As if you could ever marry anyone else if Deacon was an option - who cares if he's an alcoholic, let him sleep it off in the morning!")