The Good and the Bad of Fifty-Something


When I reached my 50th birthday, in the summer of 2009, I scarcely noticed it.  I was working at a job I didn't actively hate, I had a nice house in which I'd lived alone for the past year, a jolly social life, I was in a happy new relationship and felt as fit and lively as I had throughout my forties, even though the menopause was already standing at the end of the road, waving hello.  I spent my 50th birthday getting plastered on Cromer pier with several of those close to me.  Being 50 wasn't an issue.  I thought I'd just carry on carrying on.  It never occurred to me how different I was about to feel.

The change came when I got to 51.  The menopause had taken up residence and brought along its pals Hot Flush and Unreliable Moods.  My body decided to add a dress size.  My dodgy knees developed arthritis.  I'd never noticed I had these things called jowls, but I knew all about them when they began to sag.  Despite the happiness of the rest of my life, I kept feeling depressed and flat.  My sister, who is two years and four months older than me, told me that all this passes, as soon as the menopause packs its bags.  I couldn't imagine how this could be.  Surely, if I felt like this at 52, the only way was down?

But she was right. 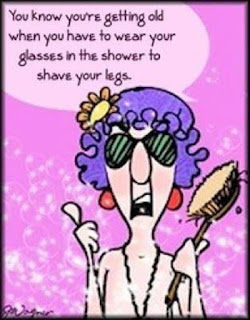 Sometime around the age of 54, I realised that I'd accepted this new stage of my life, and no longer mourned what was before.  Which is just as well, because there's bugger all I can do about it.  Of course I have the odd regret or two, everyone does, and moments of nostalgia (perhaps more for the simpler, pre-internet days than anything else), but I'm glad I've done a lot of stuff and known a lot of people; if nothing else, it's all material for novels!  My mother often used to say 'youth is wasted on the young'.  Like most things older people say, I didn't understand it until I was old myself.  It's true, though.  If only I'd had the head I have now, I wouldn't have made so many dumb mistakes.  I wonder if part of this is simply being past the menopause; my moods/choices are no longer affected by my hormones. 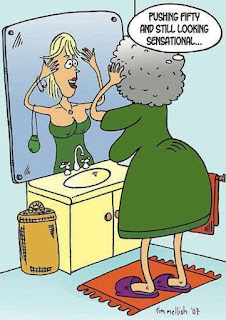 I didn't want this post to be all about superficial stuff, ie physical appearance, but then I thought, what the hell ~ most women talk, think and care about how they look.  So here it is: I think you have to accept that 'gorgeous' is no longer an option, and the sooner you do, the happier you'll be.  I've always felt sorry for the film stars who have all sorts of scary work done to their faces in an effort to keep themselves looking 30.  It never works.  Plastic surgery, botox, whatever, it doesn't make you look younger.  It just makes you look weird.  I am 58.  I have spidery liney bits around my mouth, the-jowls-that-sag, crows feet, a couple of lines around my neck, and a totally white hairline.  My youth has passed.  I can't bring it back; none of us can.  No matter how much money you have, you can't hold back time. 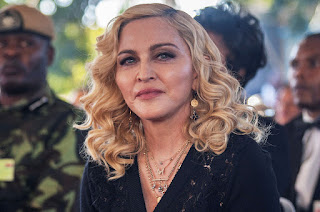 Madonna, almost exactly one year older than me.  Even the lines round her eyes look lifted, and she's got that 'pillow face' look that fillers give you.


I took this one to show a friend my white hairline!!!  Thanks goodness for hairdressers 😃 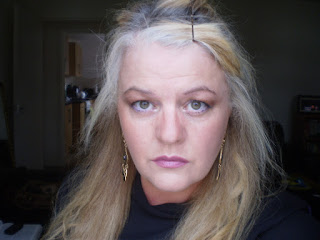 Stuff to bear in mind if you're going through the 50-something depression: 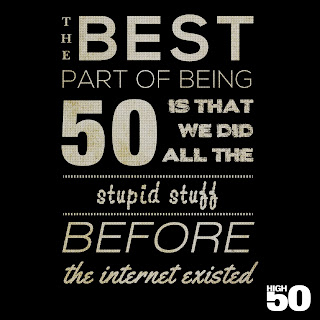 Are you in danger of becoming an old fogey? by Sally Cronin

Not Invisible by Tracey Scott Townsend

Loving The Fifty Something blog
~ Sam Smith on Twitter