My Top Ten Favourite Characters in The Walking Dead

.... I couldn't resist it, as the next half of the current series is imminent!  First I had fun going down the cast list on IMdb to choose my ten, then finding the pictures... so here they are - who were your favourites? 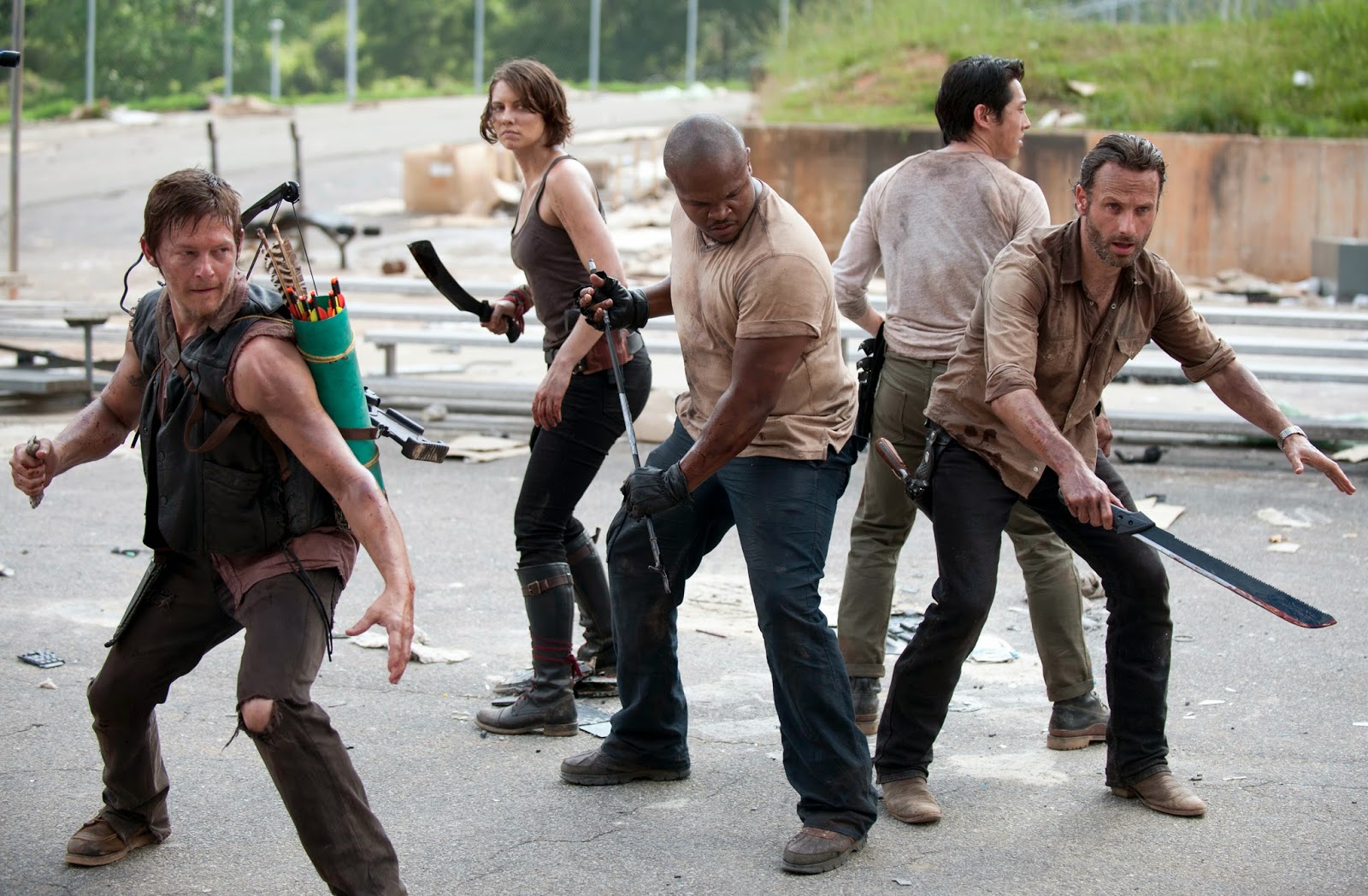 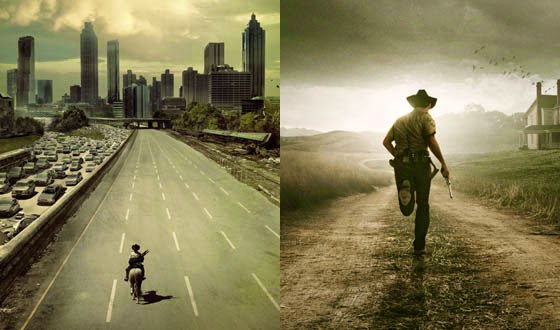 10.  Sorry, T-Dog, you just missed out on a place in my top ten, as I gave that spot to Maggie Greene, played by Lauren Cohan.  I liked her because she was super not-daft-girly, and dealt with the histrionics of irritating sister Beth, and the initial prejudices of father Hershel about her relationship with Glenn, pretty niftily.  And she could handle herself with a gun.  Love her and Glenn's relationship, too. 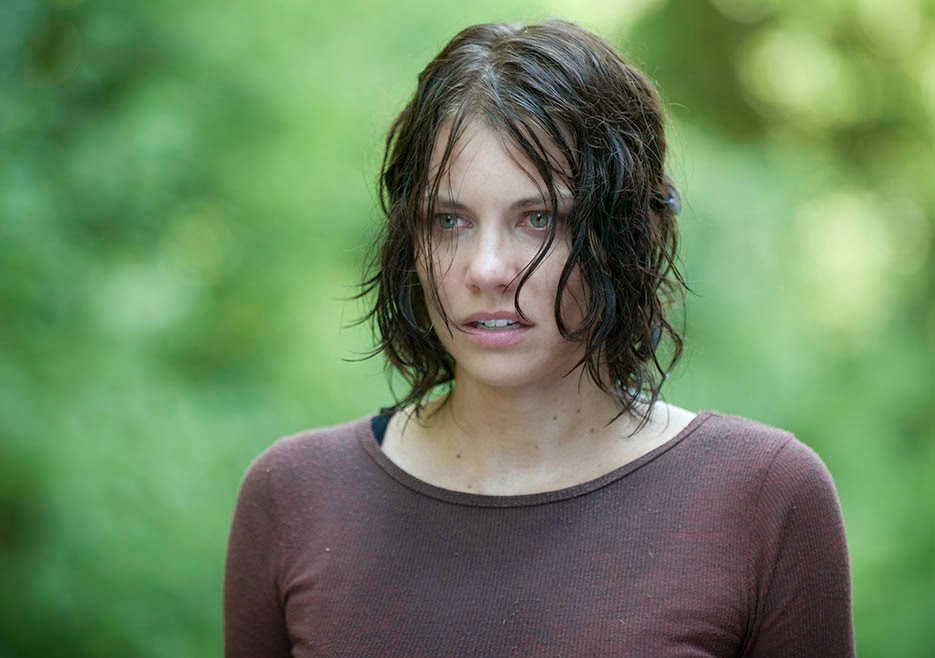 9.  Swaggering in along with the chip on his shoulder at number 9, I've chosen Shane Walsh, played by Jon Bernthal.  I felt kinda sorry for him when Rick turned up alive in series 1 and he had to pretend he wasn't in love with Lori, especially when she started being snitty with him to cover up the fact that she felt guilty.  I thought a lot of his more 'it's hard, but it's the only way' type decisions at the farm were right, too.  Oh, and of course he was the best totty for the first few episodes... 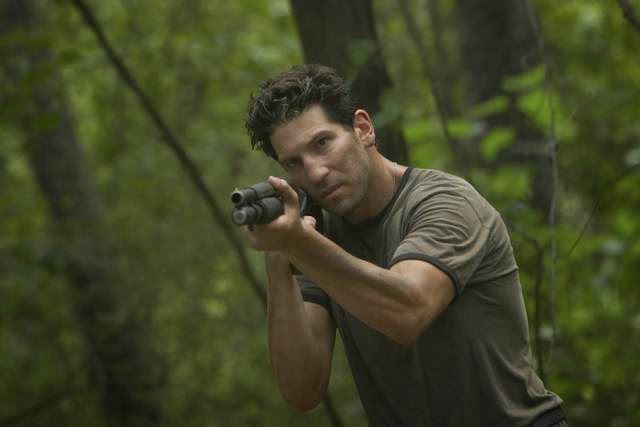 8.  I love this guy!  Sgt Abraham Ford, the man who really thought he was going to save the world!  Big nice teddy bear, often with his ideas a bit screwed up, but heart in the right place.  Some of the best comedic lines involved him.  Played by Michael Cudlitz. 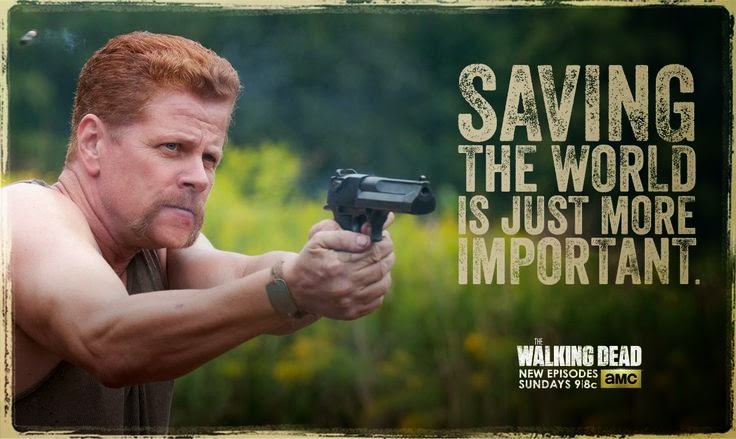 7.  Now, I'm known for not having a great deal of time for anyone much under the age of about 25, but I really got to thinking that Carl Grimes was more than okay as the story went on.  He soon sussed out about not being a child anymore, and learned to do and understand grown up stuff without making a big song and dance about it.  He also had that way about him that the coolest kids have: sometimes, he could make the adults look pretty stupid.  Played by Chandler Riggs. 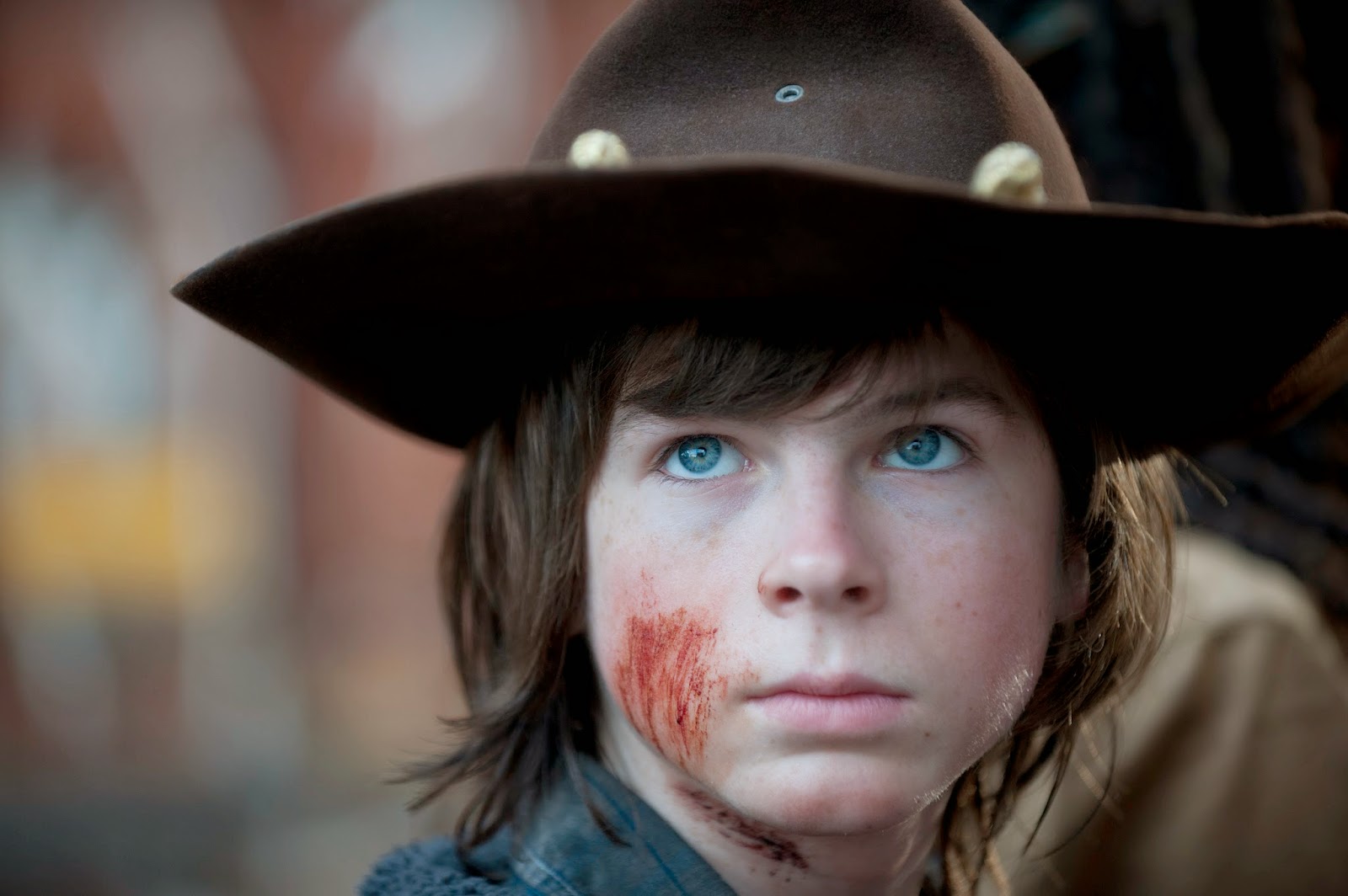 6.  No, Glenn Rhee, I won't make the mistake of thinking you're Chinese....  loved this chap from the time he first saved Rick's life back at the beginning, when he was a jaunty boy racer type.  He grew up so much from the lad who couldn't believe his luck when Maggie propositioned him in the looted out pharmacy, to someone who could protect and survive with the best of 'em.  I thought his relationship with would-have-been father in law Hershel was kind of sweet, too.  Played by Steven Yuen. 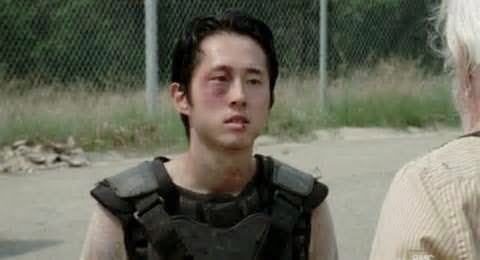 5.  Bumbling his way into the Top 5, surely one of the most inspired characters in the whole show - I bet the writers were pleased when they thought up Eugene Porter (played by Josh McDermott)!  The probably borderline Aspergers syndrome computer nerd with the horrendous mullet who knew he would be dead meat if ever he came face to face with a zombie, so pretended he was a scientist carrying the formulae to end the disaster - all he needed was someone who'd give him a safe passage to Washington DC!  Actually, everything he said made good sense, if you listened to it.  Terrific dialogue! 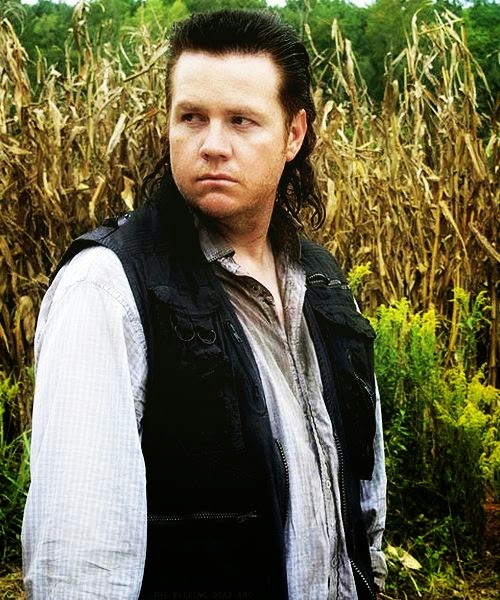 
4.  At number 4, someone I couldn't stand at first but then came to be one of my favourites.  Who'd have thought that the end of the world could bring out the best in someone?  Carol Peletier (Melissa McBride) went from pathetic victim to totally capable and switched on person, almost as soon as her 'orrible husband died and her daughter turned into a zombie.  Whatever it takes, right?  She took charge of big cry baby Tyreese, and I loved how she was strong enough to kill eleven year old psycho Lizzie.  I thought she made the right decision about the people she sacrificed back in the prison, too... 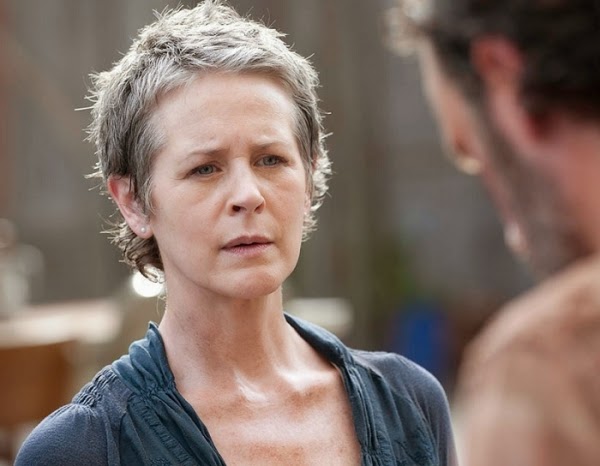 3.  There's always got to be a Hershel Greene type character in these sort of programmes/films, hasn't there?  Just in case you haven't got enough tears pricking at your eyelids.  Scott Wilson played the saint who brought Carl back to health, and truly believed that he and his family would be able to carry on living in his farm, safe from the Walkers; remember when they were finally driving away from it, and he said something like, but it's my farm, and Rick said, "Not any more, it's not".... not a dry eye in the house. 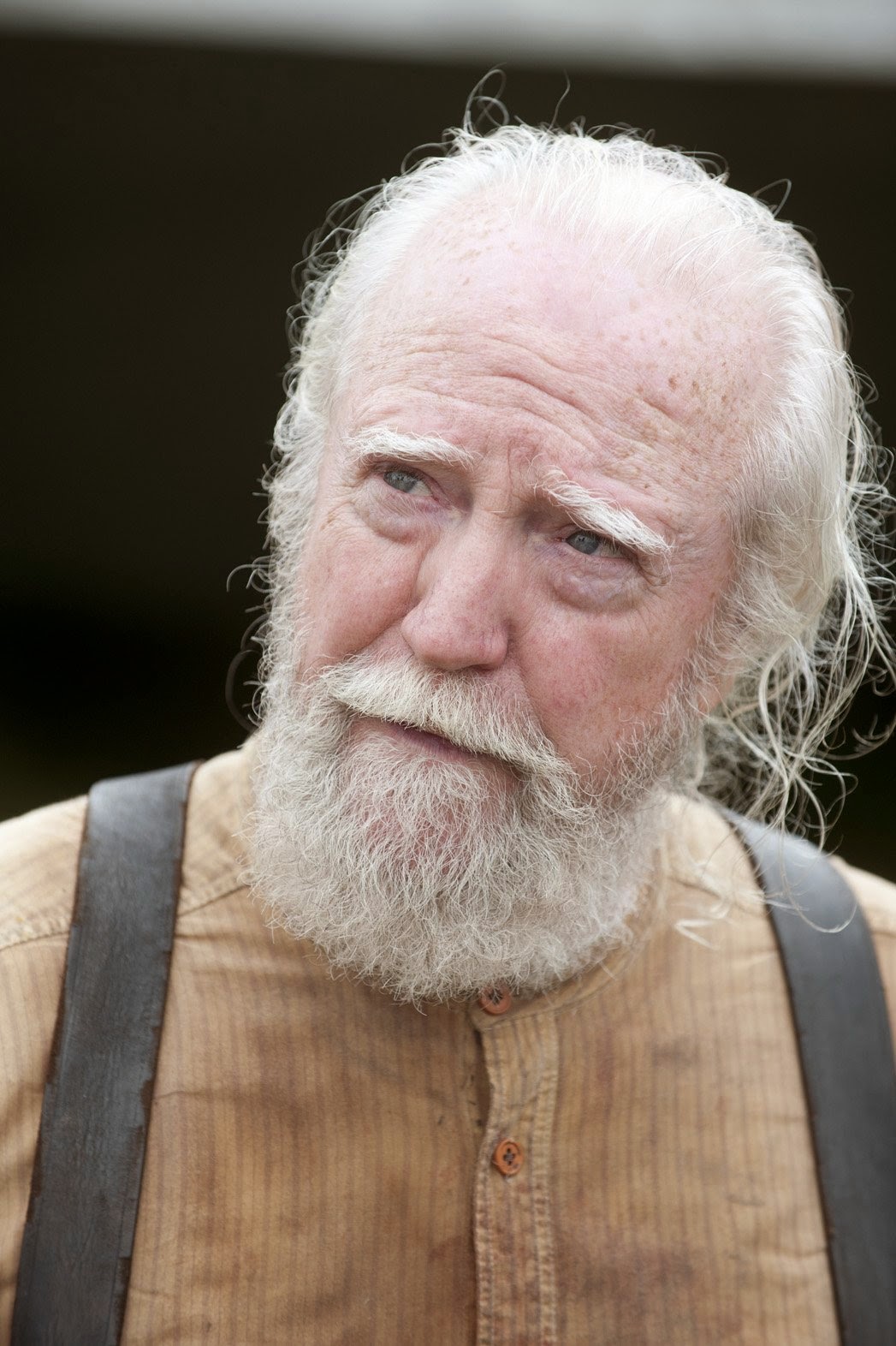 In the prison he became the wise father figure to everyone, a moving moment with one of his daughters, Glenn or Rick in almost every scene he was in.  But then came The Governor.... 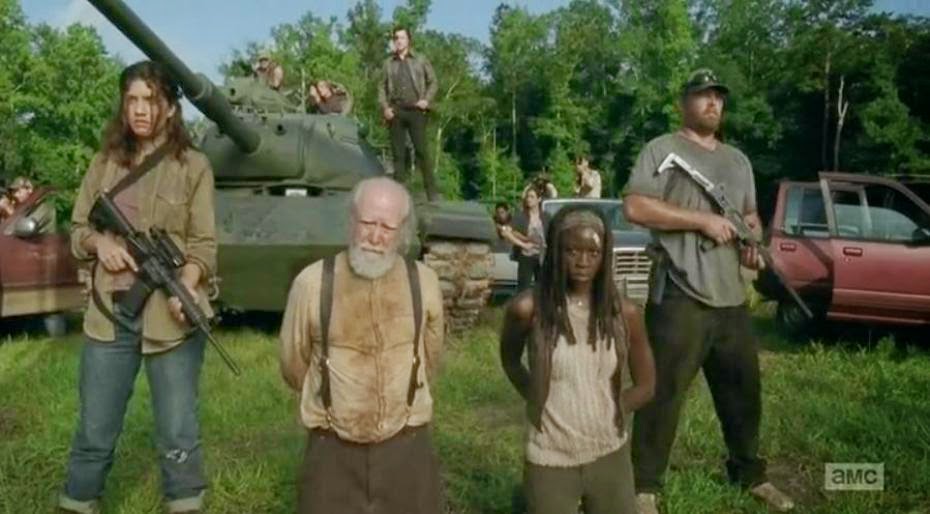 2.  If ever I find myself in the middle of a zombie apocalypse, I want to be Michonne!  Isn't she just the best?  That cold silent attitude at the beginning hinted at great pain that we knew would come out eventually - and as for her two armless Walker safety shield... 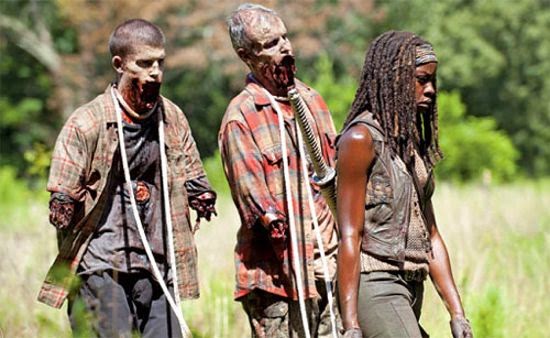 The way she just slashes through whole groups of them with that sword is always great to watch; the sword itself one of the stars of the show.  Her relationship with Carl is dead touching, and she always looks so cool, too.  Love that leather waistcoat....  Danai Gurira, you totally rock! 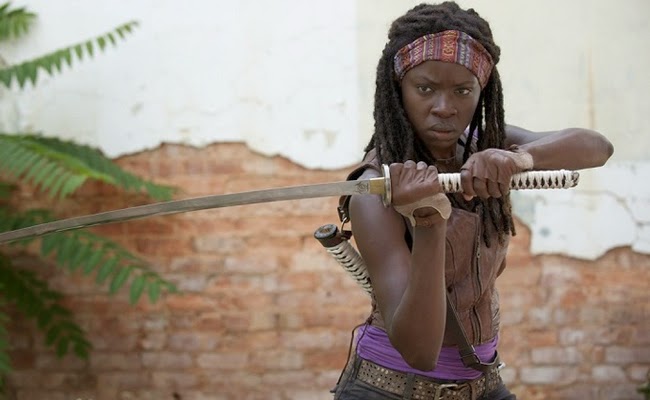 1.  And at number one.... no, not Rick, I'm afraid.  His ego got in the way too much for me, and he made some crap decisions, too (I'm thinking back to him trying to negotiate with The Governor at the prison) (Note: 2016 ~ I revised my opinion about him in the last series and now like him!)  Hey, but this isn't about Rick.  It's about the best character in the whole show: Daryl Dixon, of course. 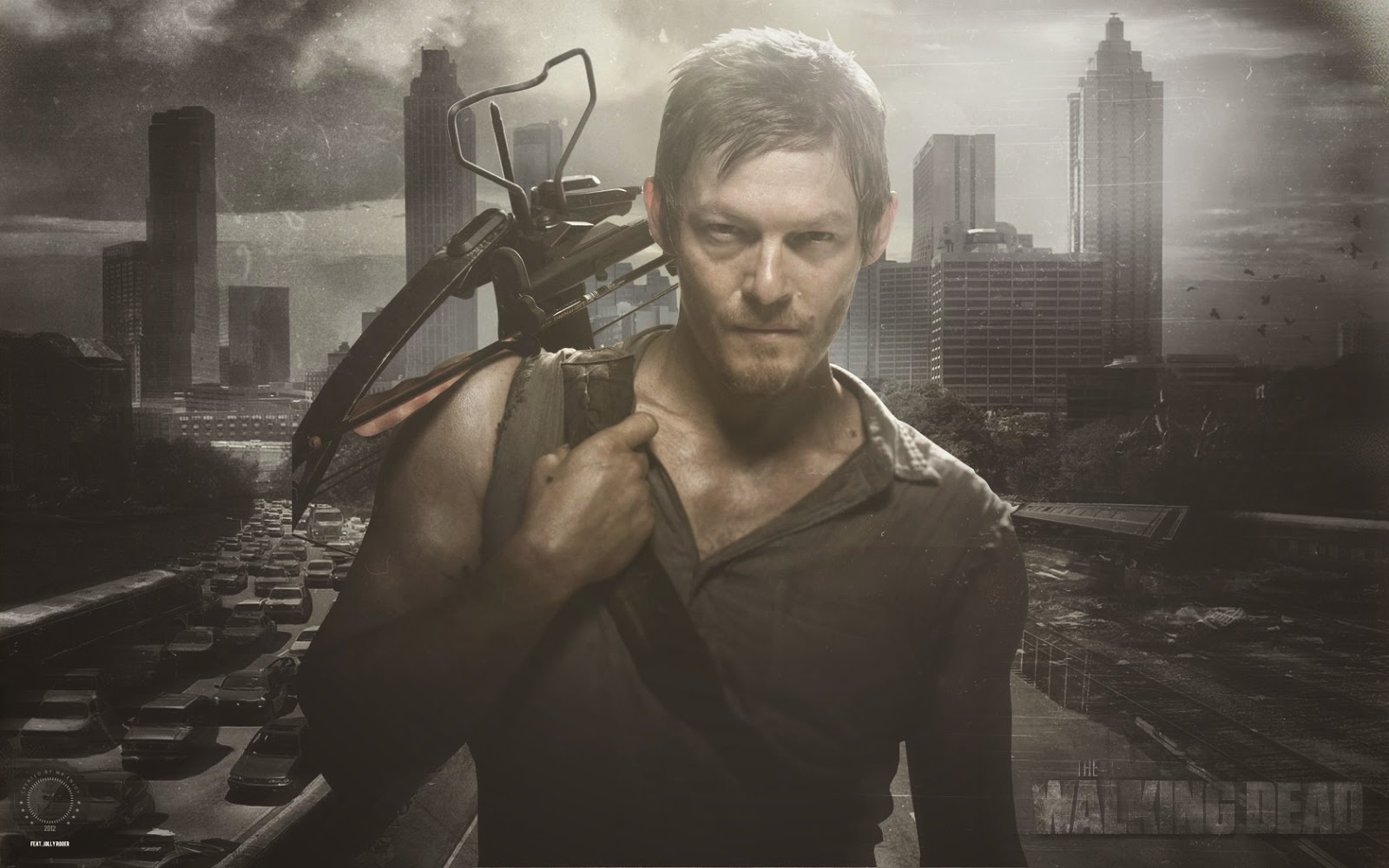 Absolutely nothing to do with him being drop dead gorgeous, of course.  Even when he's all dirty - or especially when...  no, no, shut up, this is a family show!  But aside from his lushness, he's the bravest, the sharpest, he's loyal and deep and fearless, has really hunky broad shoulders, the way he cried when Merle died was such a memorable moment, ooh, and the way he handles that crossbow .... Norman Reedus, we love you.  Well, I do, anyway! 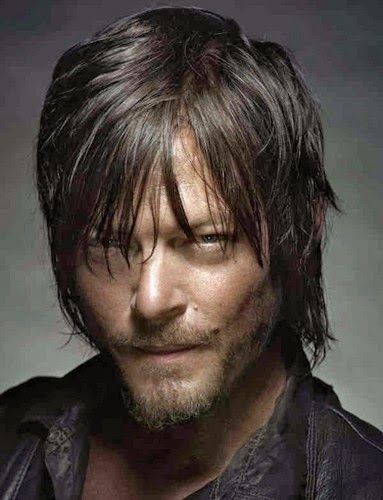 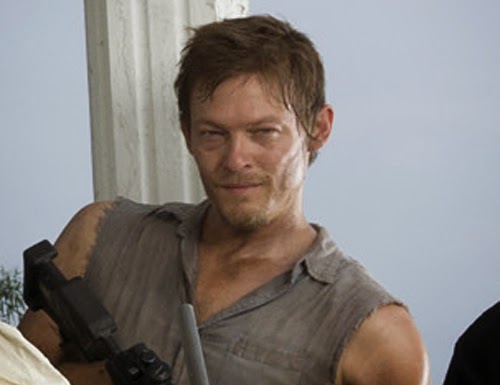 I can't wait to see them all again ~ do you agree with my ten? 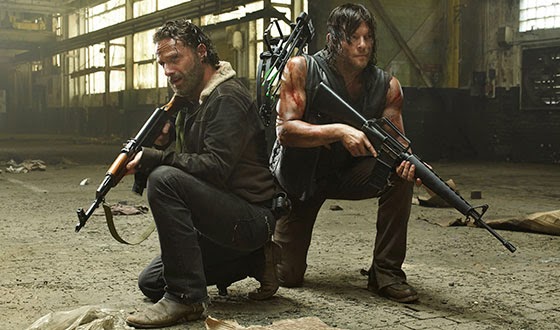