Guess Who I Met Last Weekend!

We'd been planning it for months, and the day finally came!

I think we first talked about it in May; it was so hard to find a weekend we could all make... so, on October 10th, I went to Sheffield to meet four friends from Rosie Amber's Book Blog ~ I was so intrigued to meet the lady for whom I've been reviewing books since last Christmas, the mysterious Rosie (!), along with three others: Cathy Ryan (from Between The Lines book blog), Barb Taub and Alison Williams.  Before this post gets too filled up with links, I'll just say that a click on their names leads to their Twitter pages and all links to blogs that I haven't already included, etc!

Sheffield, why Sheffield?  We chose this city because it was mid way between us all - we were coming from as far north as Glasgow and as far south as Hampshire.

Barb travelled on the same train as me and we met the other three outside the hotel.  I knew what Alison and Cathy looked like from their Twitter photos, but Rosie?  I was looking for a lady in pearls with a big hat, a trug filled with roses, and a pair of secateurs...


We lunched at an Italian place and then spent a great afternoon in the hotel lounge/bar over coffee, discussing Rosie's blog, blogging/tweeting in general, reviewing, books we've read, plans for #RBRT, such as annual book awards and a new hashtag (more to come!); the hours flew by and I was so surprised to look at my phone and see it was 5.45 (nostalgia alert ~ do you remember when everyone used to consult watches for the time, rather than phones?).  What struck me most was this: how lovely it is to make new friends so late in life ~ we range in age between 46 and 61.  I've become a lot less sociable in recent years, my attitude being 'right, I've got enough friends now', and I often find I can't be bothered to socialise, looking forward to going home when I'm out.  Saturday, though, made me realise it's all about being in the company of people who are obsessively interested in the same things as you. 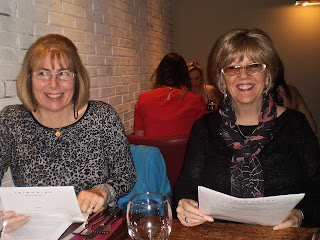 We left the booking of the dinner venue to Barb, who was threatening to go elsewhere on her own for her favourite sushi ~ Rosie, Cathy and I hate it (I totally love all fish, but I like it to be at least on speaking terms with a grill, or any other cooking appliance). 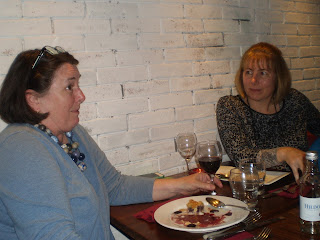 I've long been interested in the dynamics of groups of people; my mother used to be a therapist who led many group therapy sessions, and said that there is always one who directs which way the conversation goes; I'd say that was Barb, though Rosie and I were pretty vocal, too (well, we're both Leos!) while Alison and Cathy listened more and talked less.  Mum told me there is usually a group 'clown' and sometimes an antagonist, too ~ I am not sure who wore those hats (or maybe I just don't like to consider it!!).


Our partying days all being over, we were back in our hotel rooms by 11.30 ~ aaaah!  I very much enjoy staying in hotels on my own - I don't hang anything up or put stuff away, I just lay my clothes out on the sofa, and have my phone, glasses, iPad, etc, next to me in the empty space.  Out like a light and slept really well.  I'm not saying that my husband's snoring wakes me up during the night, of course, I just happened to have a really good night's sleep on my own....


An early morning call enabled me to have several cups of coffee and play several games of 'Plague' on my iPad (you have to destroy all human life on earth by means of virus, bacteria, etc, I'm totally addicted).  And so to breakfast, which was fabulous, the meal I enjoyed most!  Couldn't you just sit there all day with those buffet breakfasts?  I had muesli with all sorts of stuff on, and eggs and tomatoes, and fruit, and a ton more coffee...


To sum up ~ it was great, we all thoroughly enjoyed it and got on so well, even though we're all quite different.  Shows how similar interests can bring people together so successfully.  We're planning another meeting, in Spring next year, if all goes well.  There's so much still to discuss! 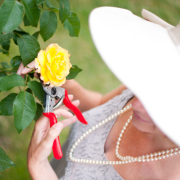 (We're wondering whether to call the review team 'Rosie's Angels'...!) 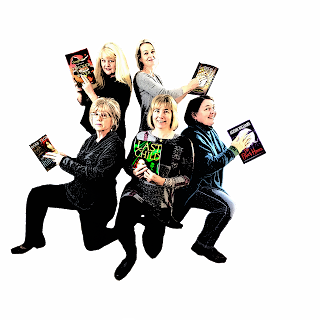