I've just spent nearly a week staying with my parents; my father is 81, and my mother is 85 and was diagnosed with Alzheimers about 18 months ago.

Mum spends much of her day wanting to go 'home', which alternates between the home of her childhood, and some fictitious place in her head.  She challenges my dad approximately every five minutes about his true identity.  She needs (very) frequent confirmation of her name, her age, her address......  at least thirty times during my stay she asked me if I knew her son, and was surprised/disbelieving when I said that yes, I did, because he is my brother.  To continue to describe the effects of this illness would be as tedious to write and read as they are to witness them - my dad lives with this 24 hours a day.  I suggested that he make cards with the appropriate pieces of information written on them, so he can just hold them up, rather than having to repeat himself over and over and over again.  Joke.... 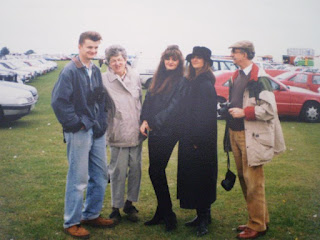 Our family, taken in 1994.  My pre-Alzheimers Mummy would kill me if she knew I'd posted a picture of her wearing such peculiar trousers - we were at an air show - but it was the most recent one I could find of all 5 of us!

My mum is an extremely intelligent, witty person, well read, well educated, with a lively Aquarian off-the-wall outlook.  I've always really enjoyed her company.  She loved dead hard cryptic crosswords, and learnt to speak Italian when she was in her 70s.  She used to be an A Level French teacher.   Now, her brain is mashed.  Dad, at 81, is having to deal with all this, instead of being able to meander comfortably through his twilight years!  Apart from anything else, he has lost his life-long companion. 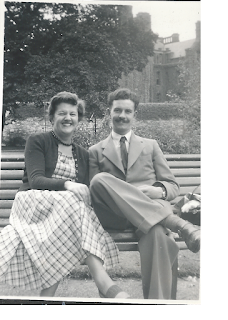 Because my parents are, like, WELL old, they go to bed early.  For six nights I had to be in bed at ten o'clock, at which time the house is all shut up - in other words, I couldn't sit up and watch telly.  Neither could I have a fag.  However, there are many v interesting books in the house; a cracking tome about Ernest Shackleton and his ill-fated mission to cross Antarctica became my nightly friend.  I do love a bit of polar exploration, particularly when it goes wrong, which it usually does.  The tale of Shackleton and the Endurance has fascinated me for years, not only because of the amazing way in which the whole party survived against all odds, but also because they were such twats to embark upon it in the first place, when they were actually warned that the conditions were about the opposite from what they should have been for even a chance of success.  Talk about the triumph of ego over sense, eh?

I kept a wee hip flask of whisky in my bag (from which I daresay Shackleton and his merry men would have been grateful for a few nips), which perfectly complimented the stories of ten days at sea with no fresh water, a diet of seal steaks and dead husky, and NOT TAKING OFF THEIR UNDERWEAR FOR A YEAR.  How bad did those dudes smell when they got to South Georgia, huh??

Am home now, wonderful home, but just thinking of people everywhere who care for loved ones with Alzheimers - it SUCKS.  The person you love is there,  but not there, anymore.  My brother and sister and I have commented already that Mum as we knew our mum is gone - how much worse it is for Dad, who lives with it every day.

Since I wrote this my mother has, of course, deteriorated, and has been in a care home since June 2012.  She still knows who we are - just.  It's so hard for Dad, who misses her constantly - he sees memories in everything.

This month (May 2013) my sister visited Mum and took her laptop in, so that I could talk to her on Skype, as my personal circumstances mean that I can't visit as often as I'd like.  Mum hasn't seen me since December, but when she saw me she said, "Oh, there's Ree" - Ree was what I used to call myself when I was a little girl.  The problem with Skype is that you can't cry on it, because people will see you! 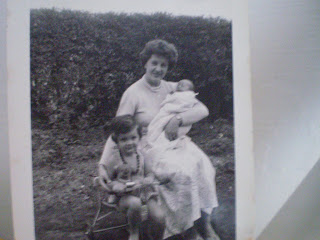 Email ThisBlogThis!Share to TwitterShare to FacebookShare to Pinterest
Labels: Alzheimers