One of my favourite places!

Lovely Cromer: the Gem of the Norfolk coast!  Written in September 2013 to go with the publication of WHAT IT TAKES which is set in Norfolk, but aside from that it's got lots of lovely Cromerian pictures ~ and memories.

I love Norfolk and find it hard not to set all my books there; with my latest one What It Takes, I succumbed once more. It's the most beautiful, peaceful place - most of it, anyway; maybe not Prince of Wales Road, Norwich, on a Saturday night, but I like the way it's remained very English, too, and a bit old-fashioned in the nicest possible way. I lived there for nine years and I miss it.

What It Takes is mostly set in a fictional village called Branningham and a fictional town called Aylsworth, but I've also written about Blakeney, Brancaster, Salthouse - and there is a whole chapter set in Cromer, where I used to live, as a tribute to it.

Mostly to amuse any of my readers who live there, but also for those who've read the book and might be interested, here's a run-down of the places mentioned in that chapter, so that they might become more real to you. 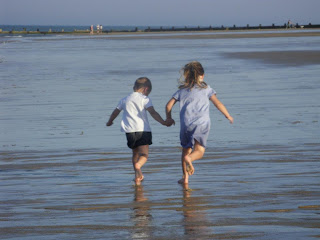 First of all, here's where I imagined the guest house to be - the one where Karen and Ava stayed.  See the bigger of the yellow coloured buildings?  I used to live in one of those flats!  Just at the bottom of the page you can see the beach.  It was lovely - instead of a water feature in my front garden I had the North Sea. 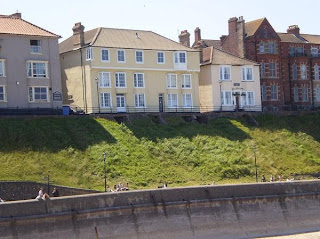 And here's my sister, leaning on the window, so you can get a better idea of how 'in the sea' it was! 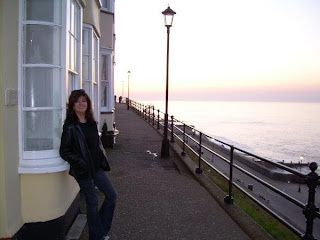 Here's a picture of my sister and me outside The Kings Head pub, in winter 2009 - it's where Karen sat in the beer garden with gorgeous sister Ava, wishing she turned heads, too:  "...she took her hoodie off to reveal a faded t-shirt that Karen knew she’d had for years; all the men in the courtyard sat there with their tongues hanging out."    It's my favourite pub in Cromer, was my local for the nine years I lived there, and felt like an extension of my living room at times - so often I'd nip in with my friend Kathryn for 'a quick one' and end up staying for hours - a great place with a really good atmosphere.  Happy days. I love the 'High Street' too - narrow and winding with six inch pavements! 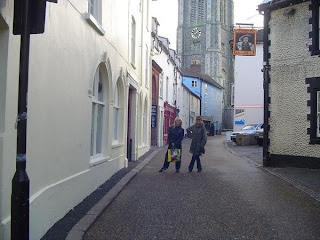 ....and here is The White Horse, where Karen met Gavin for her night of passion on the beach!!  I used to walk up that road to go to work every day. 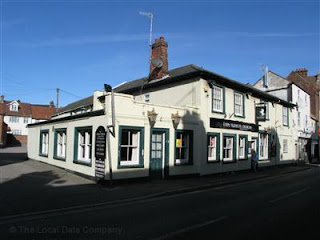 ..."Mrs Flowers at the guest house had recommended the café as the best in Cromer, and even Ava untied the leash on her calorie count..."   and here it is, Breakers Cafe, undoubtedly the best! 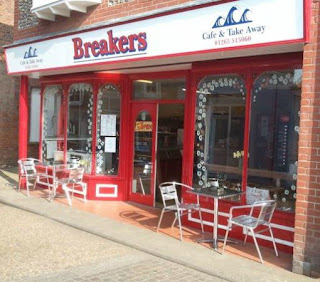 ....with the welcoming staff to greet you - okay, yes, the owners are friends, and I worked there for a little while :) 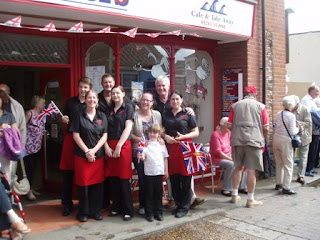 Please note - there is no need for me to put the exact locations of any of these landmarks, as Cromer is roughly as big as Toy Town - you're never more than ten minutes walk away from anywhere, and usually less.

This is a shot of the old Victorian Hotel De Paris, which Karen could see as she sat on the pier, watching the world go by and drinking the coffee that she wished was a gin and tonic ~ 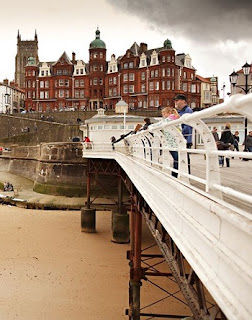 ".....she could see families relaxing on the right side of carefully situated windbreaks, lone walkers wandering along the soggy sand where sea met land, children splashing in the surf, joined by the occasional teenager in a bikini or mum wearing a t-shirt over a swimming costume to hide cellulite-ridden thighs..."

To leave Cromer for a moment, this is The Dun Cow at nearby Salthouse, where Danny wanted to take Karen for their reunion day out ... that never happened. 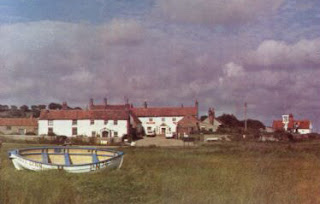 "....he’d read a leaflet about the birds that populated the marshes while he was in the pub on his own, once, and he was rather proud of knowing about them.  He would tell Karen, point them out; spotting them might be something they could do together.  Hey, perhaps they might even become ‘twitchers’!  He laughed at the thought.  Nah, perhaps not...

... and also nearby is Blakeney, where Karen went for that December walk with Sam, when suddenly everything became clear... 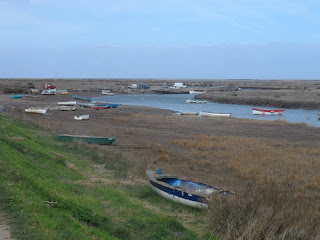 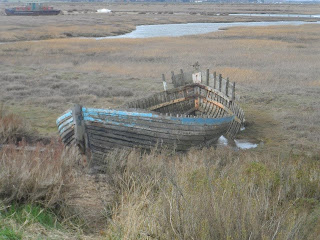 I've been to Blakeney and Salthouse many times myself, as you can probably guess.


Back in Cromer, here's a lovely photo of the beach, another one taken by the very talented Jackie Rivett - on Christmas Day!  ....where Karen looked out to sea and "...it made her feel as though nothing else mattered, none of the silly things she worried about, as though she could just keep wandering out into that shallow, warm water, become part of the sea and the land and the sky, and never think about anything else again..."   That's how it used to make me feel, too! 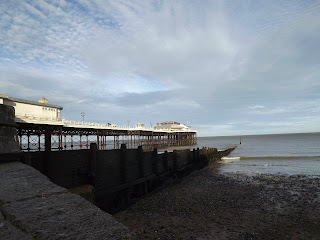 and another one by Jackie... 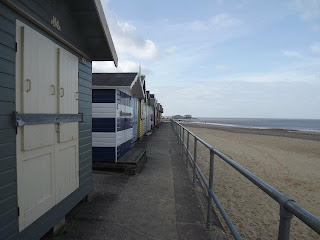 one more... I think this one is terrific! 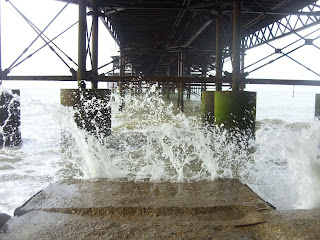 On a far more down to earth note and slightly less picturesque note (!) - here is Budgen, where Karen bumped into her lover Gavin, the morning after the night before, as one tends to do...!  Down the road and just out of sight is the Kings Head pub. 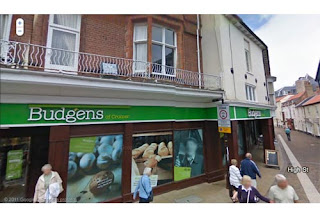 A friend of mine used to have one of the flats above - a perfect view for the switching on of the Christmas lights in the churchyard over the road... 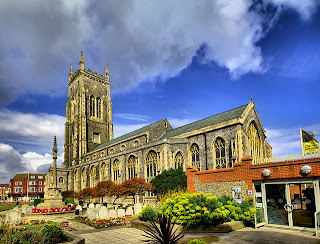 .... where Karen sat, bemoaning her fate, before meeting Gavin!
"...She stopped for a moment and wished she still smoked; Danny used to stop on benches to have a cigarette, when they were walking through town.  It was something to stop for, like people walking dogs instead of just going for a walk...."    You can walk up the church tower and look out from the top; it's the highest in East Anglia I believe.  The museum (on the right) is excellent, too.


I hope you've enjoyed your little tour around Cromer, and if you've never been there, I hope you will one day.  In nine years, never a day went past when I didn't appreciate living there. 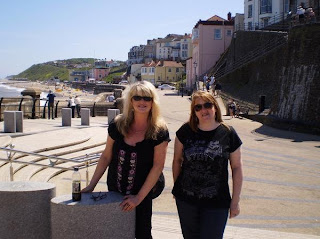 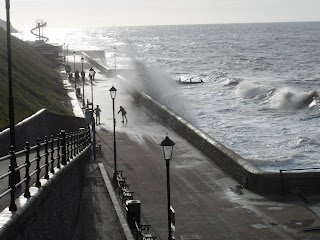 Email ThisBlogThis!Share to TwitterShare to FacebookShare to Pinterest
Labels: books, Cromer, my books, Norfolk, seaside, What It Takes