Dark and Complex ~ The House of York

The House of York
(click title for Amazon link)

Thanks very much to all the lovely people who've bought it already ~ and another enormous thank you to those who have read and reviewed in its first week ~ I was so relieved to get seven good reviews in seven days!

I've never been so worried about a book before its release, and never been so delighted by some of the comments.  Here are a few that have made my day:

"one of the best novels I've read this year"

"Half-sister Megan was a particular work of genius; Terry Tyler has the gift of evoking sympathy for ever seemingly difficult characters."

"I think this is my favourite book from Terry Tyler"

The last two came from readers who read my first one, You Wish, via a tweet, and carried on reading all my books ~ never let it be said you can't find new readers via Twitter!


The Book
The House of York is a dark family drama, and complete stand alone, with no connection to any previous book. 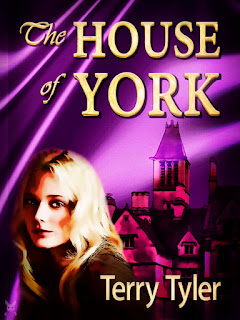 Although a drama based on a historical period (like Kings and Queens & Last Child), this is only inspired by, rather than a modern day re-telling, and it's somewhat darker than the other two.... with a dramatic twist at the end which, happily, has taken everyone by surprise (and has nothing to do with historical fact, I hasten to add!).

Widowed single mum, Lisa Grey, and wealthy businessman, Elias York, are young and madly in love.  A recipe for happiness?  But Lisa is marrying into a complicated family.  Her new sister-in-law doesn't want to know her.   Middle brother Gabriel's marriage suffers under a cloud of infidelity and gambling debts, while the youngest, Richard, keeps his dark secrets well hidden—and his wife suffers in silence.

Lisa and her mother are bonded by their powerful intuition, but dare not voice their fears about York Towers—or certain members of the family....

Love and loss, abduction, incestuous desires and murderous intent form the basis of this compelling saga in which horrors float just beneath the surface, to bring forth a shocking outcome.

History lovers may be interested to know that The House of York is loosely based on events during the era of the Wars of the Roses.
Posted by Terry Tyler at 09:49