The next in my occasional series of drama series recommendations for Netflix etc addicts like myself!  Some are BBC/ITV, though, which I presume are still available; links provided.  Links to other posts at the end. 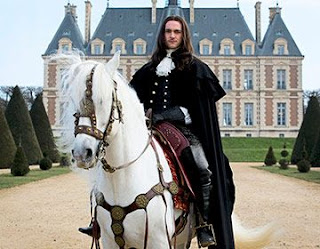 I've recently watched and loved Versailles, which is about the court of Louis XIV.  It's a lavish production with some terrific acting; Louis is played most compellingly by George Blagden (Athelstan in Vikings) (I was going to make the odd lecherous comment about him, but I looked him up on Wikipedia and discovered he's 30 years younger than me, so decided that to do so would seem a little gross).  There's plenty of intrigue, with loads of fab costumes, and it portrays so well the corruption, infidelities and scheming of life at Court, and how little nobility cared about what really went on in their country (no change there, then).  Loved it, I really hope there's another series!  Highly recommended. 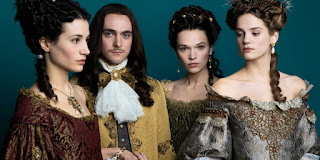 I very much enjoyed The Living and The Dead which is a supernatural orientated suspense type thriller set in Somerset in late Victorian times, in which a forward thinking psychologist and his London wife return to the estate owned by his family, when he becomes the new Lord of the Manor.  Lots of dark atmosphere and the pagan style superstitions of the simple rural folk.  For a change, the ghosts come from the future as well as the past, which I loved ~ the main character, Nathan Appleby, sees a woman with a 'book of light', which turns out to be an iPad!  Stars Colin Morgan as Nathan, and Charlotte Spencer ~ I saw her in some teen series, recently, the name of which escapes me, and she's great. 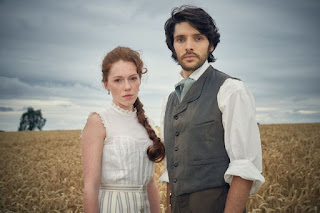 Just finished watching the 2005 dramatisation of Bleak House
~ stars Gillian Anderson and Charles Dance (see below), Denis Lawson, Timothy West and Hugo Speer, amongst others.  I enjoyed it, and liked the way it brought out the pantomime quality of the characters as in the actual Dickens books.  Very theatrical; my only problem was the casting of Anna Maxwell Martin as main character Esther Summerson, who was (I thought) both irritating and plain; I thought it unlikely that three men would have sought her hand in marriage.  Good, though, most atmospheric in parts, and worth watching. 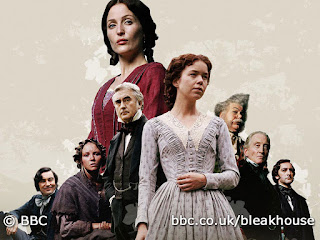 Straight after Bleak House I watched a four part drama about The Great Fire of London in 1666.  As soon as I saw it I leapt on it, thinking it would be great, especially with such a cast ~ the girl who played Ygritte in Game of Thrones, the bloke who played Richard Harrow in Boardwalk Empire ~ and Charles Dance, doing his usual: the haughty, underhand posh bloke with the heart of steel.  Alas, it was dreadful, particularly the last episode which was so bad it was like a spoof.  Done on the cheap, I suspected (we saw very little of the actual fire), a waste of some fine actors, and the dialogue was abysmal.

**Two Stars** (only because I liked the historical aspect) 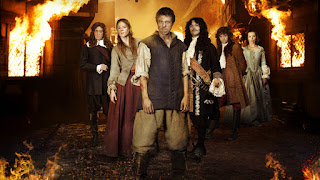 ....and talking of Charles Dance, I wonder if, when he left acting school, his tutors said to him, "Don't worry, lad, you'll only ever have to play one part, with a face like yours."  Indeed, all his roles seem to be interchangeable, don't they?  I wonder if he ever gets fed up with playing said haughty, underhand posh blokes with hearts of steel?


Just one last one, not a drama series but some tales of real life con-artists!  Includes interviews with the victims too.  It's terrible, and fascinating ~ I recommend American Greed! 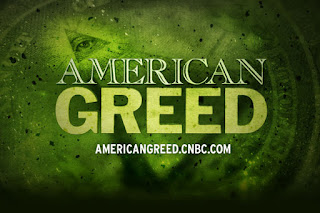