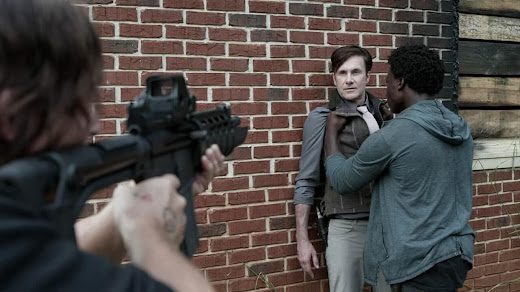 I would love to be the person who designs Lance Hornsby's wardrobe - that waistcoat has to be the worst yet.  Also, isn't Gabriel getting more badass (and more handsome) with every episode?  'We're not going to take the fall for this' - ice cold! 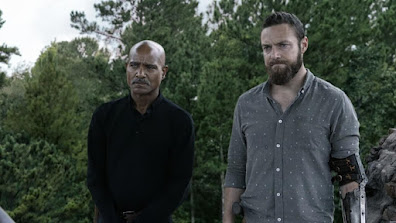 Of course Cheesy Video Guy guessed exactly what went on at Riverbend, especially after finding Hershel's cap and seeing the tyre marks, but our crew are far too clever to allow him to prove it.

When Lance pounced on Maggie's truck at Hilltop, so sure it would spring into action, I must say I wondered why Maggie didn't point out that her property is nothing to do with him and that the Commonwealth's laws don't mean sh*t at Hilltop - but yeah, I suppose better to let him look around, knowing that he wouldn't find anything, than to act like she has something she doesn't want him to know about.

As for the location of Negan's group, I wonder if they've hidden down that tunnel at Hilltop that Sasha made in Season 7 (to hide from ... Negan). 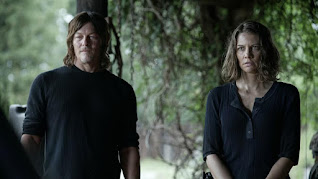 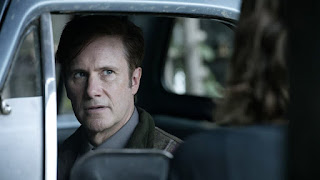 And I don't imagine for one moment that Hershel would have been Lanced into giving anything up - he's much too sharp. 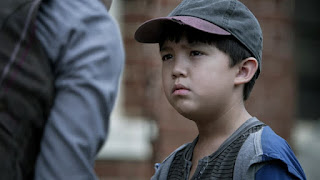 On the way there, when Lance demanded that Aaron, Gabriel and Daryl got rid of the Walker herd in their path - seeing as they know how to handle themselves - the look in his eyes was an interesting one.  Not irritated (like when the truck wouldn't start) or in awe about how efficiently they dispatched them, but gleeful; I suspect he was thinking 'that's my crack team of soldiers right there' - given that his opening line to the Wicked Witch of the East (Leah) was to offer her a job, I wonder if this will be the case. 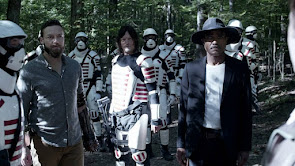 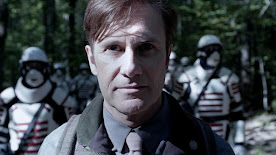 At last we saw exactly what the 'Six Months Later' thing from 11x9 No Other Way was all about, anyway - and why Gabriel was standing with a load of Commonwealth soldiers in a blood stained t-shirt - I've been wondering about that since I first saw a picture of it, weeks back. 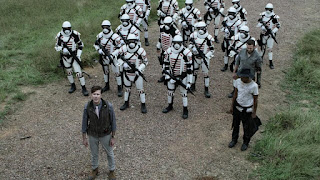 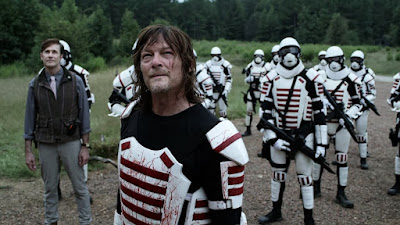 Lance appears to think he's more clever than anyone, that he's so above them all that he doesn't even care if they don't trust him, so sure is he that he will always get what he wants.  But he gives himself away, without realising; that psycho look in his eyes when he said 'Shame we couldn't be friends', to Maggie, and the way in which, once more, he unwittingly echoed Gregory: 'I'm a nice guy'.

Sad bit: Hershel crouching by Glenn's grave (another reason why Maggie is determined to stay there, I am sure...).  Then walking away, to show us all the other graves, too. 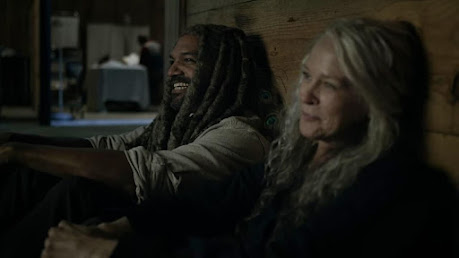 Dialogue award of the week goes to Ezekiel: 'Darkness is heavy.  Some of us carry more than others because we're strong enough to take the weight.  But we make the light.  You make the light, Carol.'

No, I don't think they'll get back together again ('cause, you know, New Mexico won't explore itself!), however much he wants them to, but I am sure they will remain very dear friends; that was a beautiful scene in the veterinary centre, when they sat by the wall in the dark. 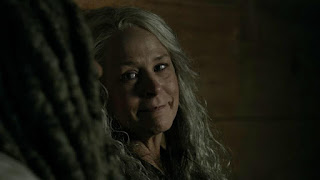 That appendectomy scenario I thought was a bit peculiar, though - were we supposed to know who it was, or was that not relevant?  Seemed a bit hurried through as a plot line, and ditto the sudden appearance of the veterinary medical centre that for some reason Carol hadn't seen yet. 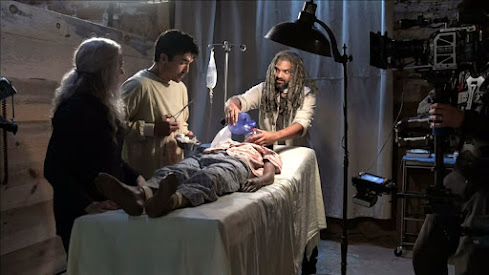 Elsewhere in the Commonwealth, the founders of the Resistance are coming together - when Eugene asked Max to find 'secret files', it occurred to me that life and the years have made our people fearless, determined to get to the bottom of what's going on and make it right, whatever the risk.  Like they don't even consider that something might be dangerous, if it's got to be done. 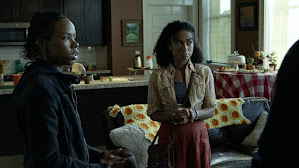 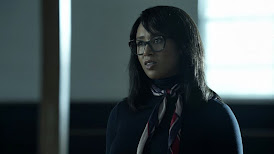 There is no doubt in the minds of Rosita, Connie, Eugene and Kelly that the 'rotten core' must be exposed, however perilous.  I'm still waiting for Carol to reveal this 'other thing' she's up to, which I'm sure is more that just playing 'friend' to Lance Hornsby. 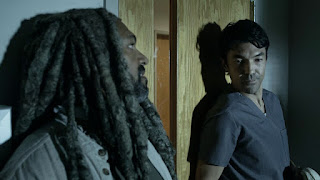 ... then we have Daryl, Gabriel, Aaron, Mercer, Princess, Max, Ezekiel, Tomi, all acting against the rules of the regime - will this bring Yumiko in, too, as she is in a position of some power?  Or has she, like Luke, Scott, Kal and Eduardo, fallen into the TWD Black Hole?  She hasn't been seen in 11B yet, and Magna's only had one small scene.  I wonder if they were not popular characters so have been removed from centre stage?

When Ezekiel said this to Carol: 'You'd think being here would make life easier, huh?  Feels like there's a lot more grey instead.' I thought, it's not only because of the corruption - it's because they've been out there for too long.  As I mentioned in my review of 11x10 New Haunts, you can't just go back to pre-Fall life and (click fingers) adapt - maybe they could have if they'd found the Commonwealth say, after the prison, but since then there have been years and years of Alexandria, Kingdom, Hilltop, and independence from the corruption and general BS of totalitarian regimes, which it is fast becoming clear that the Commonwealth is. 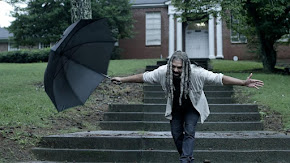 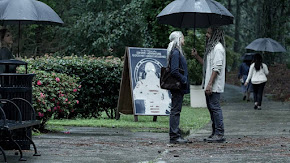 I did love seeing Carol delivering Judith and RJ to school, though, and meeting up with a nice man with an umbrella (clip below).  Though I wish Judith would put the hat back on, to go with the Rick-style cowboy boots she wears! 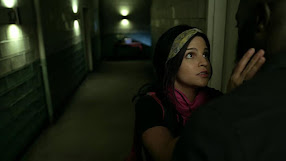 I thought the scenes with Princess and Mercer were most interesting - we saw yet more sides to him.  All the doubt that comes with his inner conflict about having killed Sebastian minions Alves and Castle, and generally what is the right thing to do; should he turn a blind eye to the corruption to keep himself and Max (and Princess) safe, or be a force for change? 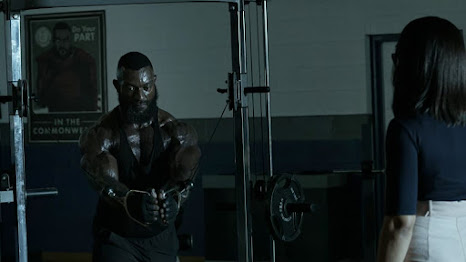 All in all very much 'the calm before the storm' as all good Episode 15s should be (preferably without too many heads on spikes) - next week looks like all out war - with the Wicked Witch of the East on the opposing side with plenty of weaponry.  Guess she hasn't forgiven Maggie for killing her chums...