Part 4 of my Top 100 Favourite Songs, the first 80 of which are in no particular order.

I didn't intend for this to be about my own memories, just the songs themselves, but a few have crept in here!  Hope that works okay - enjoy!

Simone, on the right in the Glastonbury picture, was Italian, and pronounced them 'The Black Crow-ez' , i.e. as two syllables, with the 'Crow' bit to rhyme with 'vow'.  Don't know why that popped into my head! 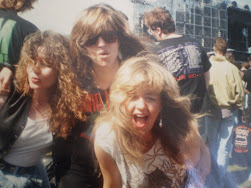 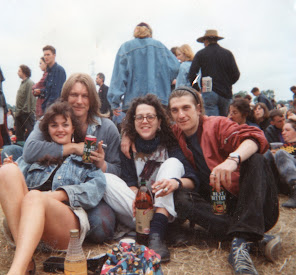 Take Me In Your Arms (Rock Me A Little While)

Reminds me of a pub called The County Tavern in Northampton.  Was a good rocker/biker pub.  It's now a soulless place with varnished floorboards and menus on the tables, of course.

When I bought this I was living with a friend who loved it too; that was in the days of vinyl singles, and we used to have it on repeat.

One day the 14 year old me decided to play the B side of 'Cindy Incidentally', and was blown away.

Reminds me of the Lupus Club, a biker hangout in an old warehouse in Northampton.  It didn't have a licence, so there was a notice up saying that all drinks were gratis but you could donate a pound per beer to the club for expenses.  Awesome place, had some good bands on and it was open until everyone had gone home (in the days before 24 hour opening).

The whole area was razed to the ground in the early noughties, including the winding cobbled streets behind, and now boasts a car park and lots of nasty shops like Aldi.

The Tears of a Clown - Smokey Robinson and The Miracles (1967)

I particularly love 4.30 onwards - so beautiful

Summer Breeze - The Isley Brothers (1974)
Was there ever such a summery summer record?

Never was a Who fan, but I love this.