Sending you {{hugs}}!! Luv ya! xoxoxox (and the culture of encouragement)

I wrote this piece on Facebook in 2010, before I started to use Twitter, and still feel much the same way.... 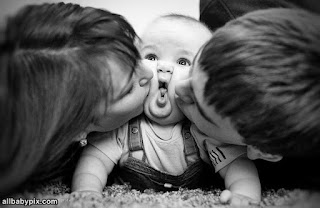 Since texting became part of our lives, have you begun to feel that any message to a friend without at least one ‘x’ on the end looks naked – or abrupt, or even rude?  So much so that you almost put one on the end of a hurried note left on your boss’s desk?  I have, and I am annoyed with myself about it...

A friend texts you to confirm an arrangement.  So you text back ‘See you later x’.  Okay, in this instance the ‘x’ implies ‘and I am looking forward to doing so’.  But why does just ‘See you later’ look almost dismissive?  And why, increasingly, does every comment on a Facebook status update have to end in an ‘x’, even the ones that disagree with what you’re saying?  Is it supposed to convey ‘I think you’re talking bollocks and I am telling you so, but I still like you/want you to like me’ ?

Why do I feel guilty if I don’t end practically every Facebook private message with at least one ‘x’?  I don’t want to kiss you.  I don’t want to kiss any of you.  I don’t want to hug you either – and that’s another thing.  Why can’t anyone greet anyone these days without throwing their arms around each other?  There are very, very few people I want to hug.  Back in the olden days when I was a young 'un, my girlfriends and I managed to get through without any physical contact whatsoever.  But in the last 10-15 years there seems to have arisen this culture of over the top affection, for everyone.   Yes, I might want to give a quick hug to members of my family who I have not seen for a long time, or to a really good friend after a particularly joyful weekend, etc.  Maybe.  But I’m not Italian.  I like you, I love being in your company, I hope we’ll always be great friends, but I don’t want to hug and kiss you.  I’m English.  I don’t even hug my sister.  What would we want to do that for? 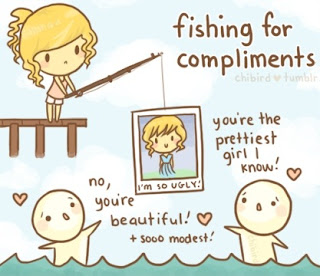 A while back I was reading a literary publisher’s opinion about the many creative writing courses available these days, for those who fancy themselves the next J K Rowling, George R R Martin, Douglas Kennedy, Sophie Kinsella, or whoever.  He said that the main problem with these courses/workshops was that in today’s culture of encouragement, no matter to what standard a piece had been written, the writer would usually only receive positive comments – rendering this critique pointless, as it gives an inaccurate impression to the writer of the standard expected by literary agents/publishers.  This ‘culture of encouragement’ seems to have become widespread.  I tell you, since I’ve been putting photographs on Facebook, not only am I virtually hugged all the time, but I’ve never had so many compliments in my life.  This isn’t because I AM stunning, but because these days women seem to think they have to bolster each other’s confidence up all the time by telling each other they’re gorgeous.  You know, in Dove advertisement styleee.  Yes yes, we’re all so beautiful, even if we are middle aged and overweight with, frankly, rather commonplace features, aren’t we???  Of course, when you receive outrageous compliments, you feel you have to give them back.  If I don’t tell a friend that she looks ‘knock-out’ or ‘fantastic’, I feel almost bitchy.  I try not to fall into the trap; if I see a photo in which someone looks particularly nice, I tell them.  But I will probably say “Love this one of you" rather than “WOW!!  Stunning!!”  Few people are stunning.   Are we all so insecure that we need this constant boost of love and approval all the time? 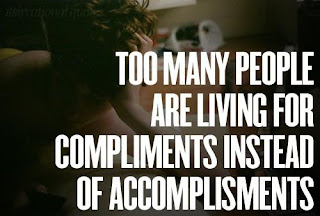 Please note, I am not criticising individuals here, I am remarking on this trend that seems to have grown up of late, in which there are so many kisses, hugs (both real and virtual) and compliments that they have lost their impact.  So, friends of mine, please don’t feel the need to end every text telling me what time your train gets in, for instance, with a kiss.  You don’t need to tell me I’m gorgeous; I’m probably gorgeous to the man who loves me, and that’s about it; and even then not always.  I’m just an ordinary person who looks quite nice sometimes.  And, next time I meet you, can we just say hi and look pleased to see one another without doing that huggy thing?  There, aren’t you relieved you don’t have to do it now, either??!