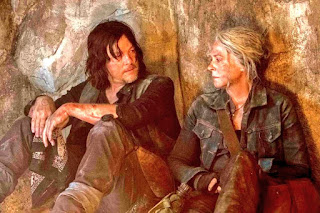 'We fight for our future, we don't fight for revenge'

A truly excellent episode that stunned, surprised and challenged sympathies, and was gripping from beginning to end, with edge-of-seat tension and perfect dialogue.  Seriously excellent start to 10B! 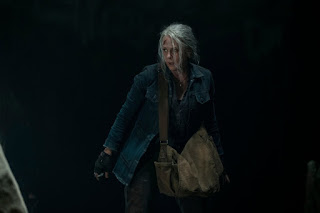 Such a shocking, shocking end, in which Carol's utter despair was painful to watch, when she begged Daryl and he shrugged her off, and when even Saint Aaron walked past her without a word.

Whereas I thought Magna was totally petty for calling her out earlier on, I understood the feelings of the others when the mining shaft caved in—especially after Daryl had said, earlier, that he would have been tempted into reckless moves in her position, too, but would have listened if she tried to stop him.  That she would get people she cared about hurt.  Oh, Carol, didn't you hear what he was telling you? 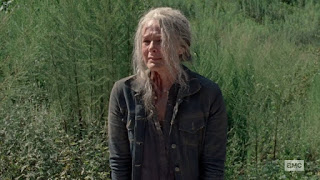 On the other hand, and it's a big other hand, Daryl would do well to remember that no one blamed him when his actions got Glenn's head caved in.  And didn't Rosita cause Olivia's death?  They've all done stuff that's got people killed (not least of all Rick), but also acted with great bravery and saved many, and none more than Carol.

Not only that, but when Connie and Magna were at the exit point after the first explosion, and could have got out in time, Magna shouted out that there were 'more skins' behind them, and off she sauntered, hips swaying, into the darkness. Connie was right behind Carol, but went back to follow Magna.  Maybe Jerry saw that, and will stand up for Carol?  I'm pretty sure they're not dead, anyway.  I believe the Carol-Daryl-Connie storyline has a way to go yet. 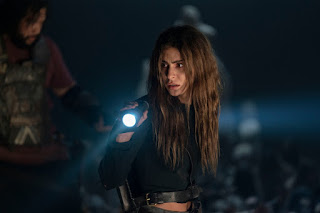 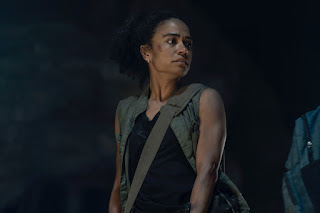 Did you expect Jerry to be the one we lost?  I did; I fall for those TWD red herrings every time.  Particularly when we saw how scared he was at the prospect of jumping across over those stepping stones... and inching through that horrifying tunnel.  Poor Jerry, he had every reason to be terrified, but he bravely used that massive frame of his for good, at the end, by holding up that beam so they could all get out.  Respect, sir. 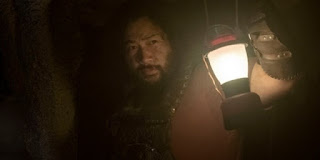 Angel Theory as Kelly was fabulous in this episode, and I thought it was the first time that she really seemed like part of 'the gang'; previously, I've felt that some of the Magna group interactions felt a bit forced, as if they were shoe-horning them into the established cast.  Not this time.  The sisterhood thing between her and Connie is so touching, as was the scene when Connie helped Carol through her panic attack; I see her as one of the TWD 'angels', like Aaron and Glenn. 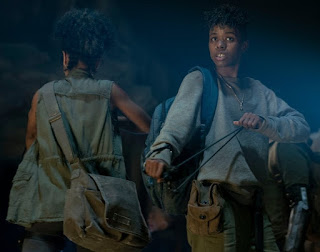 Meanwhile, back at chez Whisperers... what will Beta think when he finds out about Negan's 'crass reward' for alerting Alpha to Gamma's possible betrayal? 😂😂😂😂  She may have described him as a crass man, but it was clear she fancied him from first meeting - underneath that outfit she's been wearing since she first appeared, she's still a woman(ish), and I suspect that the 'reward' thing was but an excuse to get her rocks off with him.  I must say, though, that my first thought on seeing their naked embrace was that I hope she'd taken a dip in the stream first... 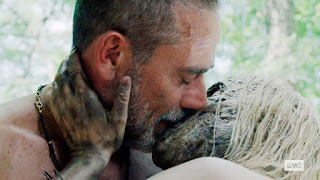 I liked his crash course in dealing with the ego pitfalls that can come with being a powerful, charismatic leader, suggesting that she 'zigs where he zagged' - nicely put!  So is Gamma Alpha's Dwighty-Boy?  Although, yeah, he's got all that narcissistic and psycho stuff going on, he's also super-intelligent and perceptive and I love every perfectly delivered quip: 'Am I going to get my skin suit and learn the secret Whisperers handshake?'.  JDM, you were as brilliant as ever :) 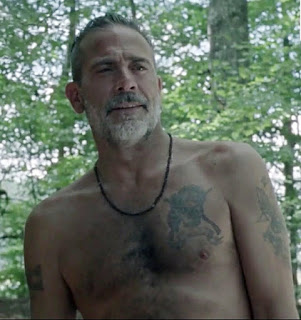 😋
And so to Daryl.  What I noticed most about him in this episode was how, without Rick or the presence of Michonne, he automatically assumes the role of leadership, though in a different and possibly more effective way—practically, quietly, never making it about him, making sure that the whole group work together.  He's become the person he never would have been if the world hadn't ended - and, maybe, if Rick was still around. 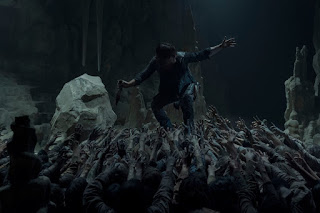 He gets people.  He always did.  Loved this:

'I never told you I was claustrophic'
'If I only knew what you told me, I wouldn't know shit' 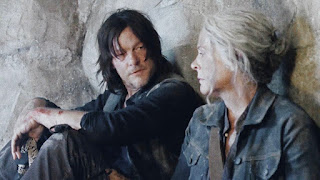 I thought, he remembers TS19, too!
'Are we underground?' 'Are you claustrophic?'
'A little' 'Try not to think about it'. 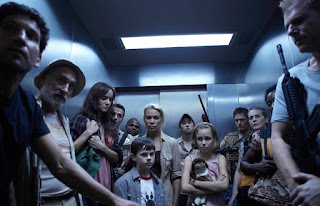 I was watching S5x06 Consumed yesterday, in which Daryl and Carol went to Atlanta to search for Beth, and thought how much better they know themselves now, with all they have learned and come to terms with over the years and how much more easily they communicate—but then Carol blows it all up with that dropped stick of dynamite.  We have to remember, though, that she has had loss after loss piling up on her, for years; as she said back in S5, she finds the person she always should have been, and then it gets burned away.  Over and over.  She is demented with grief; if only she would open up to Daryl. 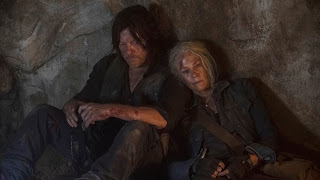 Squeeze is an episode that will leave Carol and Connie/Magna fans reeling, but all is not necessarily lost; Daryl and/or Kelly may still find a way to rescue them.  Let us hope so.

And is Gamma really doing a Dwight, now that she knows Alpha lied to them about Lydia?  Cross fingers... 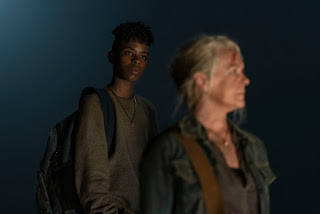 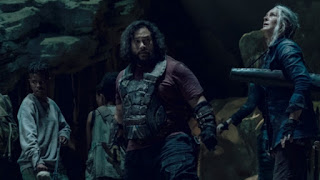 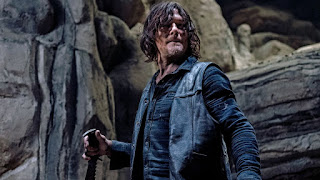 The Story of Daryl and Carol

A Thank You Letter From Judith Grimes