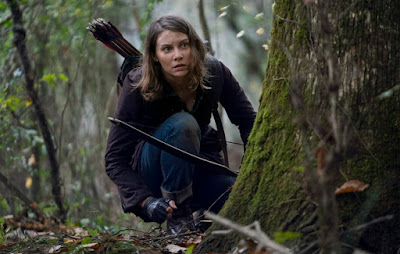 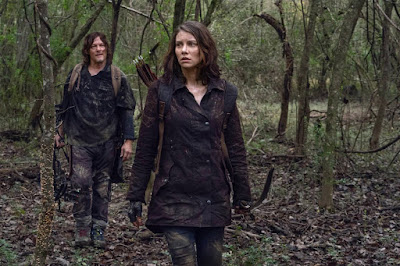 Riveting, right?!  Thanks to all concerned for this great start to the bonus 6 😁.

Lydia was such a good choice for the 'where we're at now' summary at the start, and it's promising that Michonne was included in the recap, which I hope means that we will get to see her again, wherever she is ('under the same sky, looking at the same stars'), not to mention her reunion with Rick.  Also, great to see 'Lauren Cohan' back in the titles! 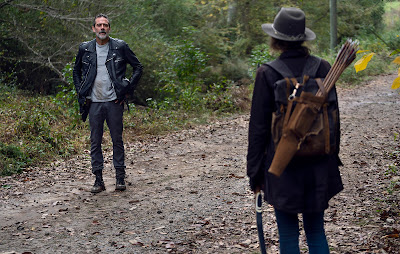 The scene we've all been waiting for, when Maggie came face to face with Negan - I thought it was perfect.  Afterwards, Angela Kang said that dialogue was originally present, but they quickly saw that it made more impact without.  She's so right.  I don't know if it would have been possible to convey the enormity of what Maggie felt in mere words, but her face spoke volumes.  That's some acting - saying so much by saying nothing at all.  As for Negan, he just looked tired, and almost regretful. 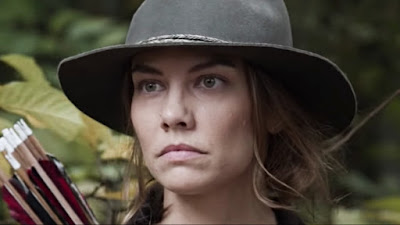 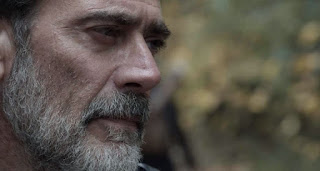 I can't begin to imagine how this is going to play out; maybe at first, she will just avoid him, but now Hershel junior knows about how his dad was killed, and is old enough to understand who this guy is... 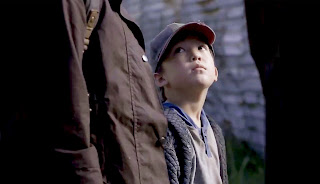 ...and isn't Hershel just perfect?  He's the image of Glenn (genius to put him in a baseball cap!), and I loved how, afterwards, Angela showed those two couple of scenes from S1.  I know we've all seen them so many times, but it's never not a good time for a Glenn scene!

When Daryl looked up at him, sitting in that tree, he had a kind of wonder on his face, like he was seeing his old friend again. 😍

That was a tense moment between Carol and Maggie, when Carol revealed, in words of one syllable, the truth about how Negan got out and why, and what happened the night Hilltop burned.  It was absolutely the right thing to do - to tell it to her, straight, so that Maggie would know the score from the off; it showed respect for Maggie's feelings, not to bullshit her.  I wondered if Carol has had so much grief from everyone about the things she's done that she thought, what the hell, I'll just say it.  And who could blame her?  It was brave—and totally Carol.  ('Did you kill Karen and David?  'Yes.' *walks away*) 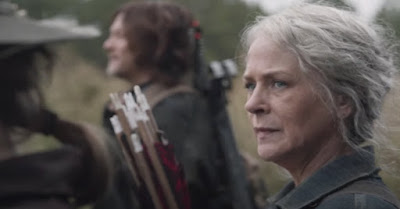 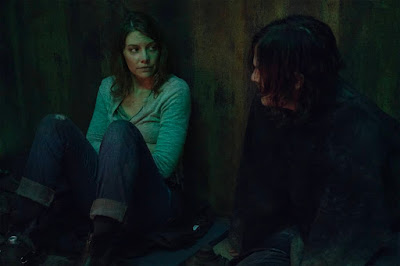 In every conversation between Daryl, Maggie and Carol, you could feel all the years and memories between them, all that they have endured together.  During that enormously touching scene when Maggie talked to Daryl in the shelter—in which Daryl, as always, said so much by saying so little—she felt safe enough to show her vulnerability. She trusts him, because they go back to the beginning, when she was the farmer's daughter and he was the rebel with the crossbow... 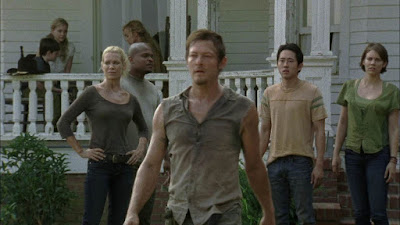 Bit of a reminisce here...when, with Cole, Elijah and Kelly, they went in to clear out the walkers so they could sleep there, I was immediately taken back to when Daryl and Maggie were part of another group of five, clearing out the walkers before they could shelter at the prison, in 3x01 Seed.

(one more!) ... and when Maggie and Daryl were leaning up against the door, desperately trying to hold the Walkers in, it made me think of 5x10 Them when everyone else was asleep in the barn, and Daryl saw that Walkers were trying to get in; Maggie was the first to jump up and help him. 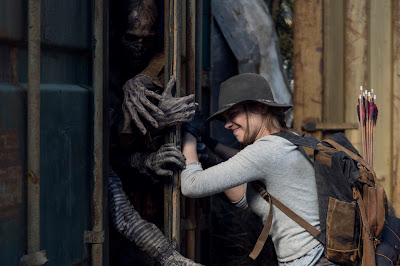 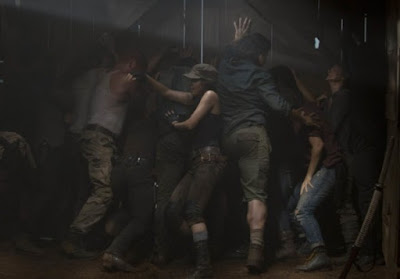 Back to the present, and this Cole guy put my back up straight away - when he started being critical about the prospect of living in Alexandria, I thought Daryl was going to say, you don't have to come... I can see there being some friction between the two of them, especially as it looks like Cole is Maggie's right-hand man.  I look forward to seeing him put him in his place (go on, Carol!) (Or Negan? Or Gabriel?). 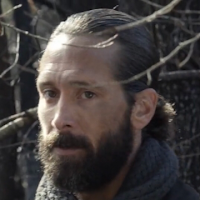 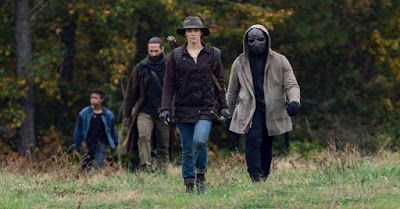 Interesing to hear how Maggie has spent the last few years, and hear her talk about Beth, Glenn and Hershel—and that Georgie has gone to some town out west—will this be the Commonwealth? 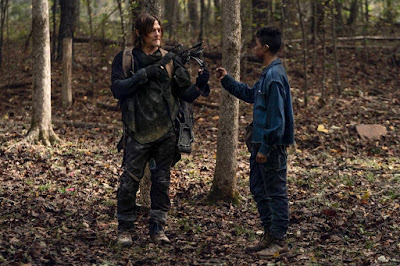 Kelly was an inspired addition to the crew in this episode, just the right person to go along with Daryl, especially with the missing sister situation, to which Maggie can so relate... I think we're going to love Elijah, and he seems like a handy person to have around.  The scenes through the woods were proper TWD scary—and even the name 'The Reapers' is enough to send a shiver down the spine!  And what did Suicide Man mean by 'Pope marked you'?  It was almost brushed off at the time, but one of the things I've always loved about TWD is how things are said or seen and you don't realise their significance until later (like when Michonne walked past the 'Wolves Not Far' graffiti in 509 What Happened and What's Going On), 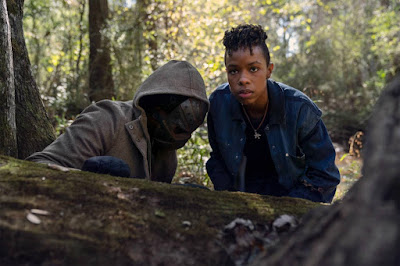 When the group reached what Beta and the Whisperers had left of Alexandria, Cole said 'Home Sweet Home' in a derisive, sarcastic fashion, but he didn't know that to Maggie, it is.  It's the place where she lived with Glenn ... and Abraham, Sasha, Enid, Deanna, Carl, Tara, Noah, Rick and Michonne.  Though now there's a cuckoo in the nest... 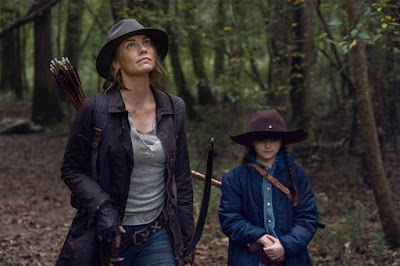 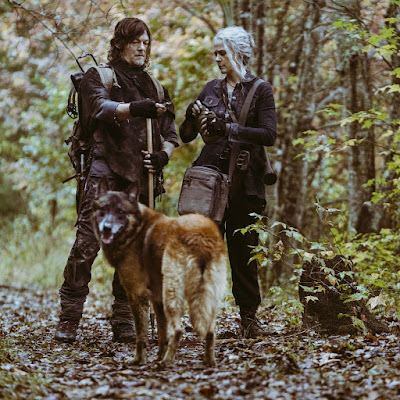