Joan and Jackie ~ in pictures

Yesterday my sister, Julia, sent me a lovely article written by Joan Collins about her sister,  author Jackie, who died last week.  Click HERE to read it.

It contains a few pictures of the pair of them, and got me looking around the internet for some more, which I'd like to share with you.   Julia and I have been huge Joan and Jackie fans since the 1970s; we've been known to joke that we are them, Julia being older, darker, thinner and much more outgoing than novel-writing me!!  Julia has met Jackie; I wrote about this in my tribute to her HERE.

We both met Joan in May 1999 when she was doing a book signing in Selfridges.  I was actually moving house on that day, but when Julia rang me up to tell me about it I told my then-husband and he understood that I had to make haste to the station and leave him with the boxes.... it's all about priorities! 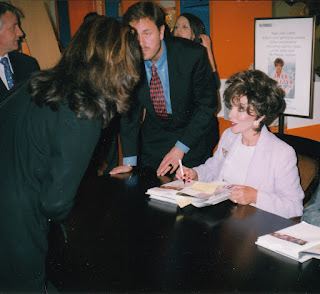 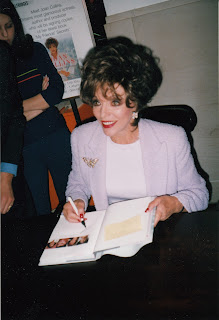 Joan was charming, smiling, and absolutely beautiful; she was 66 at the time but looked 20 years younger, easily.  She had a real star quality about her, too, something you can't put your finger on ~ or manufacture.  When she walked in, everyone started clapping, spontaneously, and not only the people who were waiting to have their book signed.


Julia and me afterwards, totally thrilled at having met her! 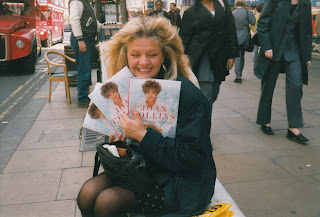 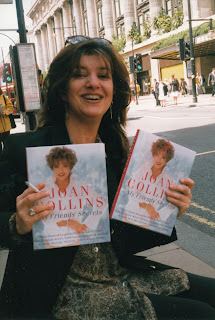 Here are a few pictures I chose of the wonderful
Joan and Jackie! 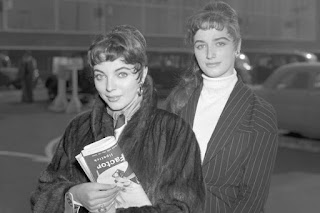 I'm betting this one was before Jackie was a writer ~ looks like around the time Joan first made it in films, in the 1950s. 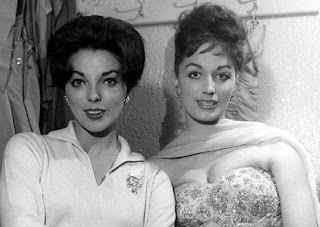 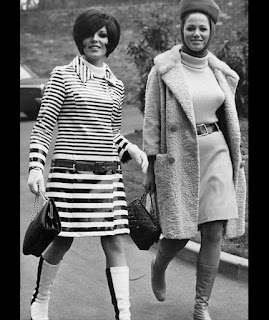 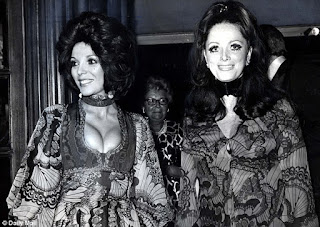 That curious era for fashion, when late 1960s psychedelia met the 1970s! 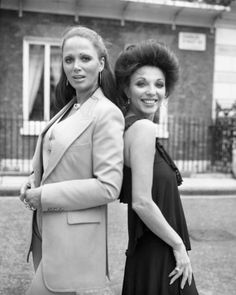 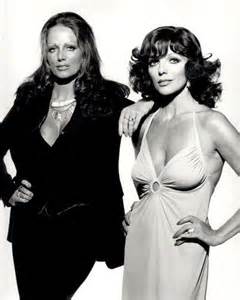 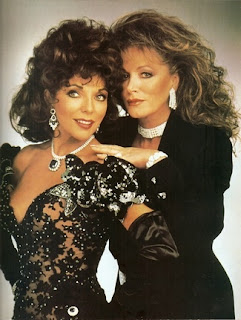 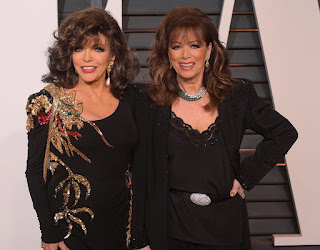 ... and only recently, not long before Jackie died.