#TWD Should Have Stayed, Glad They're Gone, and Should Last Forever!


I've tried not to just go with the obvious... yes, of course we all wish Glenn, Abraham, Carl, Hershel, Bob, Beth, etc were still around, and are glad The Governor and Gareth have gone, but here are my other choices - and I don't expect them all to be popular!

Eleven Who Left Too Soon

~ Merle ~
Just when his best self was coming out, it was all over...
After a dodgy start, TEOTWAWKI could have brought out the best in him.
And Michael Rooker was just brilliant.

~ Andrea ~
Not popular with everyone, but I had a lot of time for her.  She screwed up by not facing the truth about The Governor early enough, but, as with Merle, her death came just as she was getting her act together.
And, of course, as we now know from S10x13, she saved Michonne... 😉

~ Mitch Dolgen ~
An asshole so expertly played by the fabulous Kirk Acevedo;
a waste to have him go out so soon.  Would have made an excellent Savior.

~ DJ and Laura ~
It was great how some Saviors truly came over to the good side.  These were
the last two; Laura had much potential, and DJ was far too lush to be
written out! 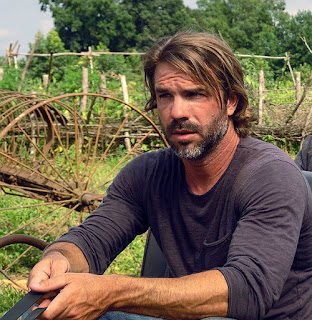 ~ Tammy Rose and Earl ~
I loved the Suttons.  They were real, old-school characters, who would have
totally fitted in as far back as Season 2, on Hershel's Farm.
It was good to have some older survivors, too.

~ Dante ~
I thought this wonderfully sinister psycho being killed so soon was a waste of some great plot potential; I expected him to get away with Siddiq's death, making out that he'd killed himself, and the Alexandrians not discover the truth for a while!

~ Alpha ~
The relationship between her and Negan was inspired; I think she loved him from day one, and we know he had some genuine feelings for her. I wonder if he would have brought back the woman she used to be;
of course she had to die, but I think it was too soon.

Eleven I Was Glad To See Go

~ Ed Peletier ~
Okay, some of these are obvious - he was the first to go,
and missed by no one!

~ Dale ~
There was a lot of good stuff about him, but I found him irritating, and
the way he hovered around Andrea kind of creepy.

~ Tomas and Andrew ~
I was really pleased that Rick saw what a threat Tomas was right from
the word go, and wasted no time in getting rid!
Andrew: because of Lori and T-Dog, and because he was
a little mollusc, generally.

~ Dan ~
More than any of the others in the Claimed gang.
Revolting obese paedo.  Vomit.  Rick, anything you did to them was okay. 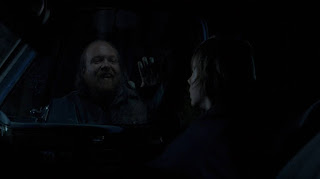 ~ Jared ~
The most despicable Savior.  It's not just Benjamin, but the way he took
the piss out of Morgan when he very politely and reasonably asked
to have his stick back.

~ Henry ~
Though it caused Carol and Ezekiel great heartache, I was so glad
to see the back of this pouting, petulant youth who managed to
cause a whole bunch of trouble with his amateur heroics and daft impulses.
When he was younger he was cute and could get away with it,
but the older him, in S9, not so much.
Again, I'm guessing this won't be a popular choice!

Eleven I Don't Want To Lose - Ever
...and need no explanation! 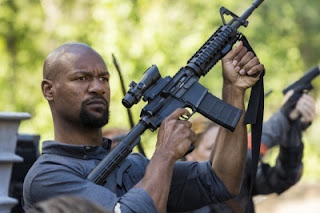 Email ThisBlogThis!Share to TwitterShare to FacebookShare to Pinterest
Labels: Caryl, characters dont want to see killed, characters glad to see back of, if dog dies we riot, The Walking Dead, TWD, TWd Family. Characters that left too early