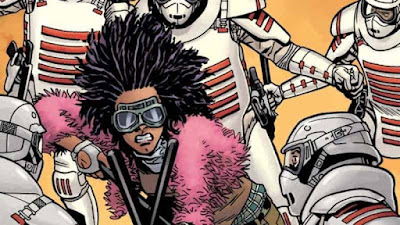 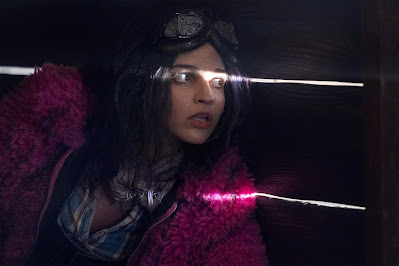 Well, that was a strange little episode, wasn't it?  Just when I was thinking, 'Um, why have they given Ezekiel a personality metamorphosis?', the truth was revealed.  Hallucination scenes are not really my bag, but TWD does them better than most - similar to Alpha and Carol in Look At The Flowers, Ezekiel 2.0 played the part of the devil on Princess's back.  I saw it as the lonely girl who invented scenarios with her new friends, to keep her company when she was scared (when reciting North American state capitals in alphabetical order wasn't quite cutting it). 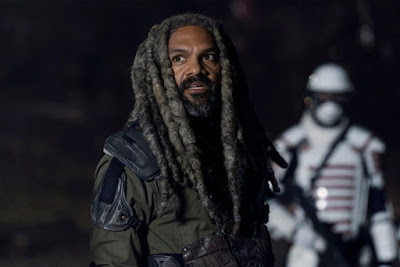 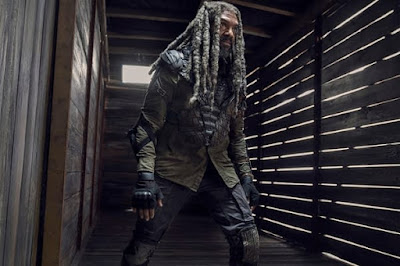 I wasn't sure I was going to like Princess at first, because I tend not to like deliberately 'kooky' characters—I wasn't that keen on Ezekiel and Jerry at first but now I love them, and Splinter has made me warm to Princess; she's resilient and resourceful and has obviously survived much in her life (neglect, abuse, abandonment.... ADHD, PTSD, loneliness, depression....) but she's still standing.  Not just standing, but strutting around with purple streaks in her hair, groovy shades and a pink fun fur jacket.  And she's rather sweet.

Here we are in a train boxcar once more, then, except that this time there's no Glenn, Abraham, Maggie etc., standing at the other end.  On the other hand, I don't imagine the guys in white are going to eat them. 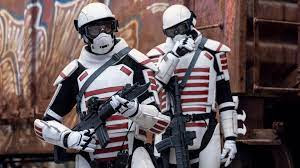 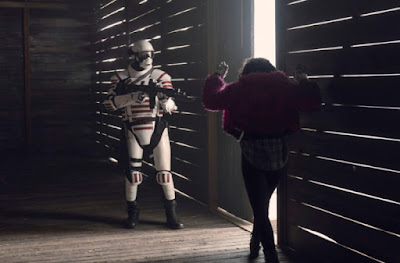 I admit to being a tiny bit disappointed by this episode; I'd hoped to see more about what actually happened to the four of them, how good or bad the white armoured (Commonwealth) soldiers are, and maybe a little bit of hope for Eugene finally meeting Stephanie....but, with every episode of 10C, it becomes more clear how clever an idea it is; they're kind of side-stories (One More certainly was) that show us more about where certain characters are at—detail there may not be room for once S11 begins.  They're bonus episodes, after all, rather than the continuation of the main storylines. 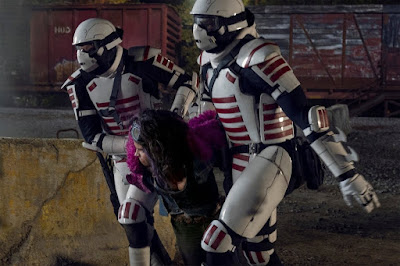 At the same time, though, they give us a hint of what's on the horizon - that stunning 'OMG WTF' ending this week, was one of those 'TWD at its best' moments - 'I didn't expect that!'. 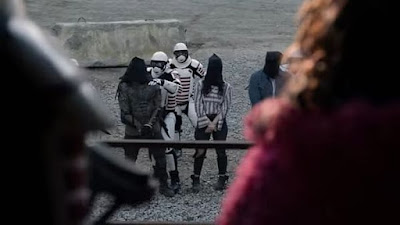 Maybe when Princess feels that she's a part of a real family again, her head will stay in reality—her happiness at having Ezekiel, Eugene and Yumiko described as her 'friends' was touching, and her hurt when Fantasy Ezekiel reminded her that they Eugene and Yumiko were his friends, and that she'd only known them a week, said a great deal.
I've added a couple of pictures from the comics this week because I am so impressed by how accurate the TV representations are :) 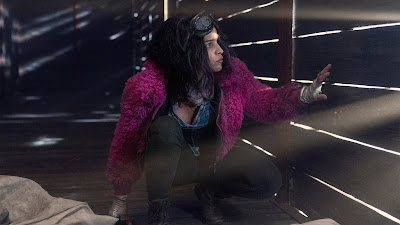 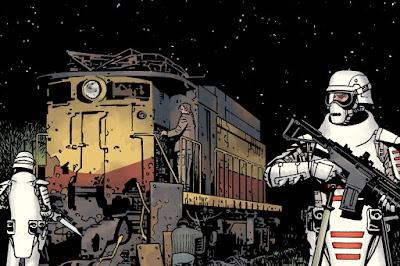 Next week: Diverged, as we watch Dog decide who's most important....!