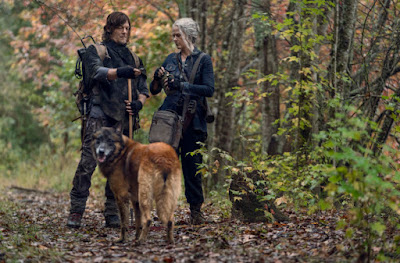 Wow, that was a hard one to watch... that scene at the end.

The harshness of that aside, I thought this was an unexpected and fascinating episode, and I've found that I keep thinking about it.  But first, affairs of the heart...

Where does Daryl's heart lie?  When Leah said that he had to decide whether he belonged with her or his 'other family', he put them first —because, although he clearly loved or at least had strong feelings for her, she wasn't his 'brother' Rick, or Carol, Michonne, Judith.... his ties to those people are too strong ever to be broken, or even emotionally loosened.

Unfortunately for Leah, she did the crazy thing many people do when they want all of someone who isn't all theirs to have—she asked him to choose.  Never ends well, that one. 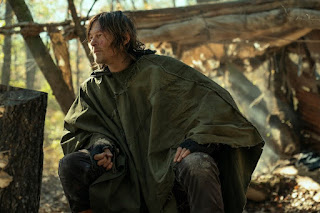 So Daryl goes back to his own camp, only to have Carol visit him again, and tell him, in a roundabout way, that she's putting Ezekiel and Henry first, from now on.  The hurt on his face when he said, 'You don't need my permission to move on with your life.  You're telling me I should move on with mine?' said everything.  Despite her being with Ezekiel, she had always kept him in a special place in her heart to which no one else had access, but now she was saying to him that her Kingdom family were more important.  When he'd just chosen her and everyone else over Leah... 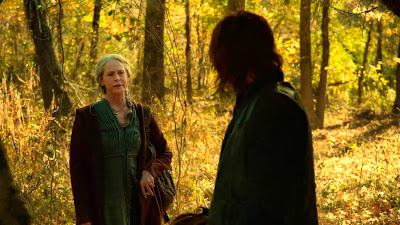 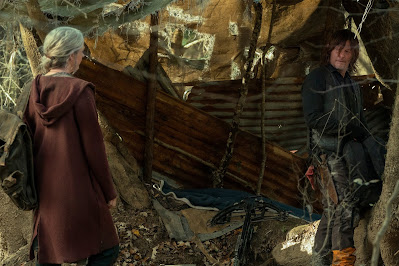 Thinking Carol had said, 'I've moved on and so should you', he went back to find Leah—only to discover that it was too late.  Did she leave? The photo of her and Matthew was gone.  Would she have left Dog, though?  Who thinks she's going to resurface? 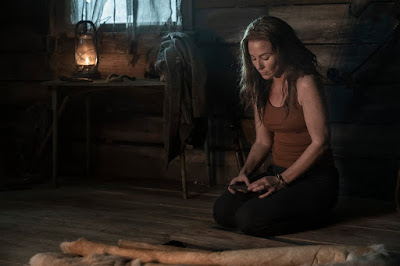 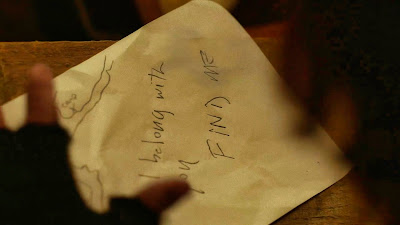 He was so brutal to Carol at the end, but that was him screaming out; that's what people do when they feel bad about themselves—they lash out at others.  And he's hurt—after all that he'd been through out there, he went home only to have it all go tits up yet again, and see Carol sail off on her boat. Remember, we weren't there in that year or so after 9x16 The Storm and before Season 10, so we never saw how bad it was for him when she left ... but Daryl is never okay when she's gone.

Remember that other time she took off, at the end of S6 - how could anyone forget the scene when he found her?

All those awful things he said to her at the end—I believe they came from the guilt he feels about Glenn, about Beth, about Hershel (remember when he cried in 4x12 Still, blaming himself because he'd stopped looking for the Governor?)...

Seeing Maggie again must have brought all that to the fore.  He feels guilty about not being able to find Rick, for knowing he failed Leah. As for Connie, she's one more person he's cared for and (thinks he's) lost, but he uses it to lash out at Carol for all the times she's left, because he's so broken up inside about every damn thing.

I wondered what would have happened if Carol had said, 'Does anyone ever blame you for Glenn? No, they don't.'  But because of Ed, she's been conditioned to accept punishment and feel bad about herself, rather than to say, 'Hang on a minute.  You did something that was actually a bit worse.'  It was heartbreaking to see her so rejected by him, and so cruelly - even though it was only the 'hit them before they hurt you' thing, that Daryl has been doing since he was a kid.  Walk away from them so they can't walk away from you....

TWD episode titles often seem to have more than one meaning... I thought this one referred to Daryl and Carol asking each other, silently, to 'find me', as well.

Inner turmoil apart, I loved this episode. The cinematography was amazing, of course... and it was good to see Daryl something other than asexual; the immediate attraction between him and Leah was so clear, right from the start. 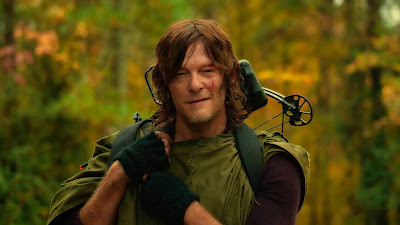 Maybe she was too like him... and she wasn't with him in Atlanta, at the farm, at the prison, at Terminus, and in that clearing in the woods with Negan.
🏹🏹🏹 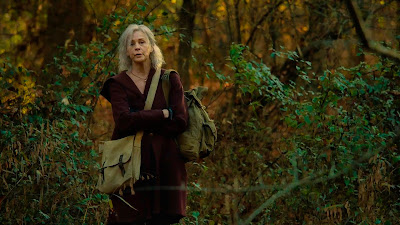 Another reason I loved this episode was that, rather than just being told that 'Daryl lived out in the woods on his own for six years catching fish and eating snakes', we find out exactly what DID happen.  Back when he still had two wings on his waistcoat.  And that it was more obvious than before that Carol had taken fairly constant care of him all the time he was out there. 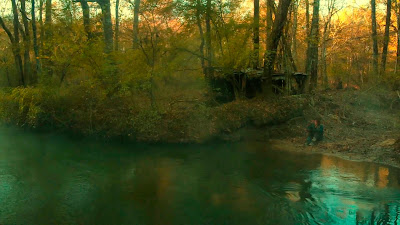 I liked how both of them, at the beginning, looked tired, worn and dirty, and as if they really had been through all they have.  These are tough people. Hard as nails, in some ways.  Strong, resilient.... 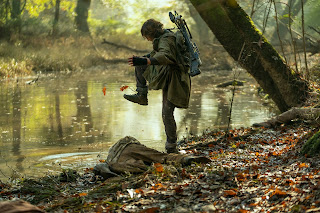 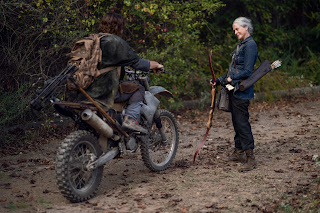 ...and as @smoking_reedus said on Twitter said yesterday, this isn't a romcom, it's about survival.  It's about devastating pain and loss, while trying to keep yourself alive—anyone expecting hearts and flowers between Daryl and Carol is going to be disappointed.  I truly believe, though, that they'll get through it—maybe not until Season 11, but they will.

(But please, please, can we have some happiness for Carol before that???)

The Story of Daryl and Carol
Dinner Time
A Thank You Letter From Judith Grimes
Girl Power
Days Gone Bye: A Tribute to Rick Grimes
They Turned.... 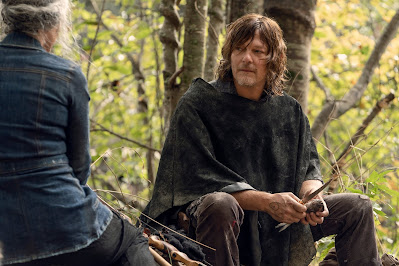